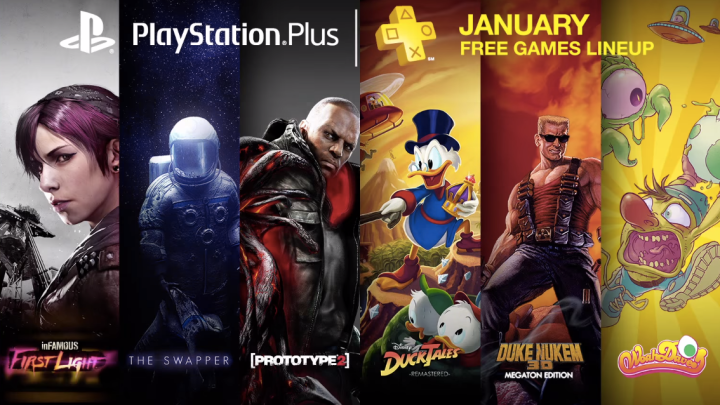 What better way to ring in the new year than with a bunch of free games on all of your PlayStation devices? Sony recently revealed the free games lineup for PlayStation Plus subscribers for the month of January, featuring a few huge hits and some beloved classics, updated for modern consoles.

DON’T MISS: The 5 most anticipated PS4 exclusives of 2015

On PlayStation 4, Infamous: First Light and The Swapper will be free for PlayStation Plus subscribers this month. First Light is a prequel of sorts to Infamous: Second Son, focusing on Fetch, a side character in the main game. If you enjoyed Second Son, First Light is a must download, especially with a price tag of $0.00. The Swapper is one of the best reviewed puzzle games in recent memory, so you might want to make room for both PS4 titles this month.

On PS Vita, Duke Nukem 3D: Megaton Edition and Woah Dave! will be free to download. If you’ve never played Duke Nukem before, the Megaton Edition is a good place to start as it features the original game, the enhanced versions and a set of expansion packs. I don’t know anything about Woah Dave! except that it’s from the same team behind the fantastic BIT.TRIP series.

Check out the video below to see all six games in action. The games will be free on the PlayStation Store for Plus subscribers starting on Tuesday, January 6th.