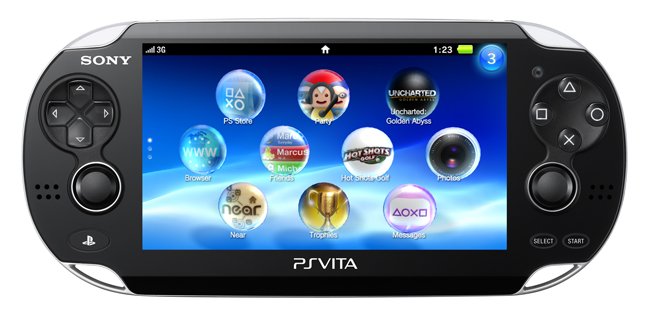 As Sony’s (SNE) struggles continue in the portable gaming market, the consumer electronics giant announced on Monday that it will slash the price of its PlayStation Vita console in Japan. Beginning late next week, both the Wi-Fi-only and 3G-connected versions of the Vita will drop to 19,980 yen including taxes, or $215.42 USD at Monday’s exchange rate. The Wi-Fi model currently costs 24,980 yen ($269.33 USD) and the 3G model is priced at 29,980 yen ($323.24 USD) until February 28th when the price drops take effect. Sony hasn’t said anything about cutting the cost of the portable console outside of Japan, but it may make some announcements during its PlayStation 4 event on Wednesday. The company’s full press release follows below.

By addition to the GPU and the CPU, high-performance display and a beautiful that, with such dual analog stick and the multi-touch pad on the rear panel, PS Vita, which was launched in December 2011, to deliver an immersive experience of the ultimate I will continue to provide the gaming experience. In addition to the expansion of an attractive color variations such as sapphire Cosmic Red and Blue, by the system of free software updates, such as service response to PlayStation ® Plus ※ 2 software and standard flat-rate “PlayStation” first, PS Vita users meet the needs of everyone in, I’m constantly evolving. In addition to the methods existing Wi-Fi, by which supports access to the 3G network a new, PS Vita has realized the connection of new and everyone other users in everyday life. To enjoy the PS Vita to everyone more users, we will begin offering at a price of ¥ 19,980 revision both models. As a result, the user’s everyone, you can feel free to choose the model that is appropriate for the game play style of your choice is available.

In addition, we received strong support from companies like software maker, dedicated software is PS Vita PS Vita interactive content that can be enjoyed by more than 100, you can download from the PlayStation ® Store has reached more than 1,500 ※ 3 at the end of January 2013 You had to. Our company and our future than software manufacturers, “Den 討鬼” (SEGA) “Phantasy Star Online 2”, “SOUL SACRIFICE (Soul Sacrifice)” (TECMO KOEI GAMES CO., LTD.) Sony Corporation (- from hunting action game to enjoy cooperative play, such as Computer Entertainment), the player taking the communication meeting, “Kagura 閃乱 SHINOVI VERSUS – proof of the girls” – “Oboro Muramasa”, Marvelous AQL), ​​”Tales Inc. ( Obuhatsu Pirate Musou 2 R “,” One Piece Baseball Spirits 2013 “(NAMCO BANDAI Games Inc.)” “to work, such as the long-awaited game fans (Konami Digital Entertainment Co., Ltd.), is expected to be released one after another title is scheduled.

(Thursday), the set body and PS Vita special edition with the motif of the peripherals, the same title, and a variety of breaking down the common sense of the multi-Hunting Action “(Soul Sacrifice) SOUL SACRIFICE” March 7, 2013 change (including tax) 24,980 yen, will be released in limited quantities from (tax included) for a suggested retail price of 29,980 yen originally planned, did the “PlayStation ® Vita SOUL SACRIFICE PREMIUM EDITION”.

We will carry out a variety of campaigns to suit this price revision, to everyone in the user’s enjoy PS Vita. Please refer to the following for the campaign details.

So that you can enjoy the world of entertainment unique PS Vita to more customers in the future, SCEJ will continue to strongly promote and expand further spread of the PS Vita platform.