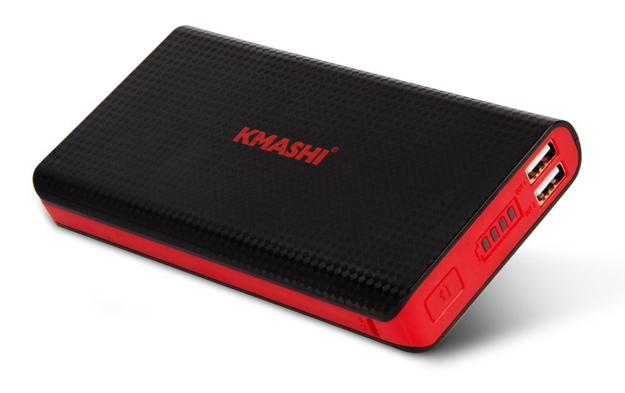 Last week we told you about a killer deal on a wall charger that can potentially charge your smartphone up to 75% faster than the charger that ships with the phone. And best of all, it was just $11 thanks to a coupon. You can still purchase that nifty wall charger by following the link in our earlier post, but what happens when you need to charge your gadgets while on the go?

Now, thanks to another limited-time deal, you can get a great portable charger with plenty of capacity for just $14 from Amazon (with free Prime shipping).

This nifty portable charger by KMASHI has a full retail price of $59.99, and Amazon typically sells it for $19.99. That’s already a great price for a huge 15,000 mAh portable charger, which packs enough juice to recharge your smartphone from empty about seven or eight times before having to be recharged itself.

With the special coupon code GKN6HSSJ, however, the price drops to just $13.99. The device is also eligible for free shipping, further sweetening the deal.

At 450g, this portable charger is reasonably light for a model that’s six inches long, and it supports 5V / 2A output so it will charge your gear faster than some other chargers on the market. It also sports two USB ports so you can charge your phone and tablet at the same time.

A link to take advantage of this deal follows below, and you might want to move quickly because the coupon might expire soon.