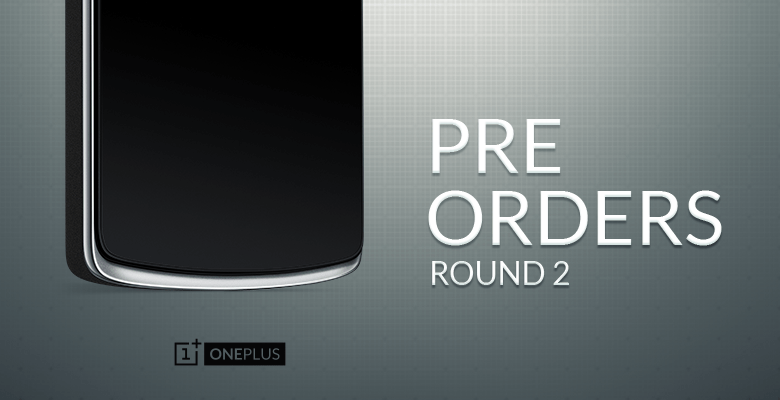 After a disastrous first attempt at preorders for the OnePlus One that ended in server issues and customers being charged twice for their orders, OnePlus is going to try again. On November 17th at 11 a.m. EST, OnePlus will reopen preorders for an hour, giving anyone who missed out the first time around a chance to get in line for the CyanogenMod smartphone.

PREVIOUSLY: OnePlus can’t do anything right these days, completely flubs preorders for the One

“If we have the items in stock, we’ll ship immediately,” writes OnePlus on its blog. “If we don’t, your order will automatically convert to a pre-order.”

If you do end up with a preorder rather than a shipping notification, you won’t be charged until the phone actually ships. You can forfeit your spot in the preorder line at any time to avoid being charged when it comes to your turn, or you can jump to the front of the line if you receive an invite before your phone ships.

Just like last time, you can set up your online shopping cart ahead of time to ensure the process goes quickly when preorders open. OnePlus is confident that it has learned from its mistakes and ensures consumers that things have changed behind the scenes to accommodate the large crowd. Everything needs to go smoothly if OnePlus plans on reaching its goal of one million sales before the end of the year.