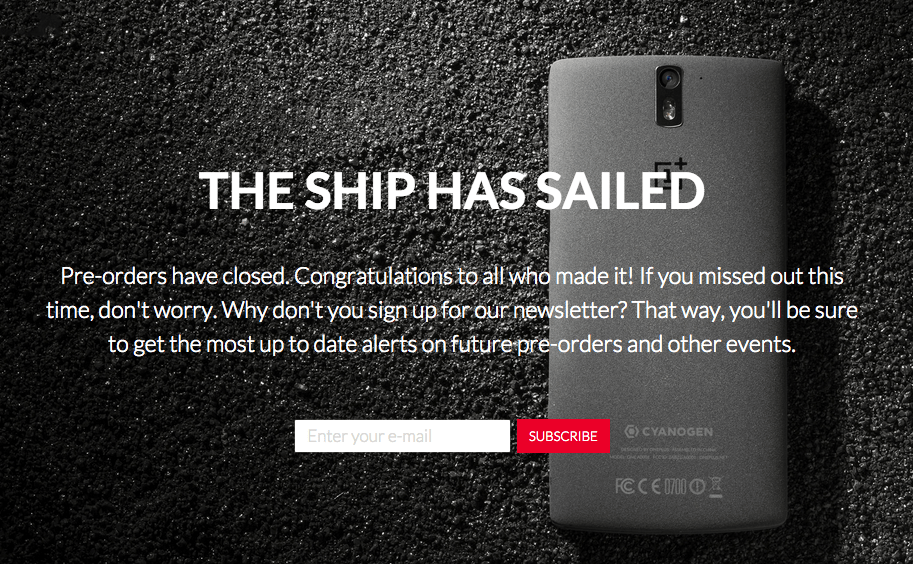 After months of anticipation, OnePlus finally opened preorders for its CyanogenMod smartphone for a single hour on October 27th. At least, that was the plan. Shortly after OnePlus One preorders opened, the site’s servers began to cave under the increased traffic. Many users couldn’t log in or complete their orders, so the preorder event was extended to three hours. Still, as the company notes, this “left far too many users frustrated, disappointed and order-less.”

It’s the latest in a string of unfortunate incidents from OnePlus, but the company already has a solution in place. On Monday, November 17th at 10:00 a.m. EST, preorders for the One will temporarily reopen, giving anyone who missed out the first time a second chance to place an order. OnePlus says it plans to start enabling more servers sooner this time around, as well as expanding account handling servers to the cloud.

OnePlus hasn’t announced whether or not the next preorder event will also be limited to an hour.

Tens of thousands of people successfully made it on to the preorder list, but if you were one of the many users that wasn’t able to place an order or if you believe you were charged twice, be sure to check out the FAQ in the latest OnePlus One blog post.