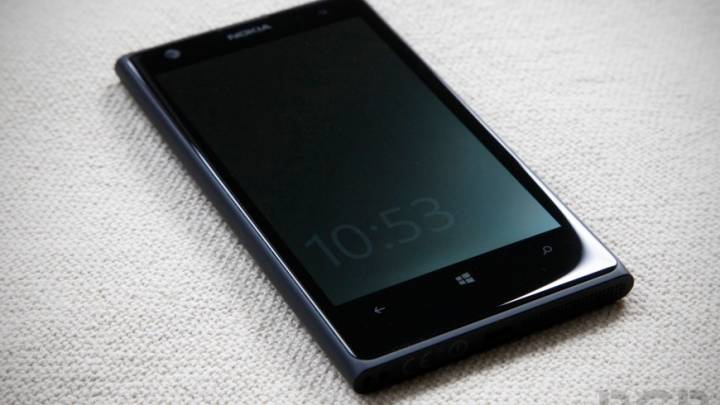 Reviewing Nokia phones hasn’t been easy over the past two years. It’s not that the company’s phones were bad or overly complex in some way, it’s just that we have been hoping for so much more than Nokia has been able to deliver. The Nokia Lumia 800 was a great start. The Lumia 900 was a solid follow-up and the Lumia 920 and Lumia 928 were better still. But the real problem with Nokia’s Lumia smartphone lineup has always been that while Nokia and Windows Phone in general offer plenty of nice features, they don’t really offer any compelling differentiation compared to Android and iOS, which rule the global smartphone market with an iron fist. With the Nokia Lumia 1020, that finally changes — but will it be enough?

Nokia’s struggles have been widely reported over the past few years. While things have certainly improved since Nokia posted four consecutive billion-dollar quarterly losses, Nokia swung to the red yet again in the second quarter this year as revenue and handset shipment volumes tumbled.

In North America, the Nokia picture is particularly bleak. Nokia, Microsoft and AT&T have combined to spend hundreds of millions of dollars to market Lumia smartphones since the Lumia 900’s debut in the second quarter last year. In that quarter, Nokia sold 600,000 Lumia phones into channels and shipments fell to just 300,000 units the following quarter. In the holiday quarter last year when the Lumia 920 debuted alongside an even bigger marketing push, North American Lumia shipments climbed to 700,000 units and then fell again to 400,000 units in Q1 2013. In the most recent quarter, Nokia shipped 500,000 Lumia smartphones in the U.S. and Canada.

North American shipments totaling 2.5 million phones over the past five quarters is respectable performance, though that figure becomes fairly less impressive when you consider how much money was spent on marketing and advertising. Then it becomes even less impressive when you consider that more money still was spent to push the pricing on Nokia’s flagship phones down to just $99 while competing phones from other vendors cost $199 or more.

It all comes back to compelling differentiation.

Nokia’s Lumia phones look nothing like the iPhone or Android phones. In fact, Apple even pointed to the Lumia 900 as an example of a unique smartphone while it was suing Samsung for allegedly copying the iPhone’s design. Windows Phone also looks nothing like Android or iOS. The interface is unique and attractive, the workflow deviates from the norm with its emphasis on side-scrolling, and its live home screen offers a terrific way to get zero-touch access to real-time information. Nokia’s software additions like HERE Maps and Nokia Music have been great as well.

But it’s not enough.

Brightly colored smartphone cases and a slick new user interface will never draw the masses away from Apple and Google’s mobile ecosystems. To be fair, Nokia learned this painful truth relatively quickly and tried to use the growing popularity of mobile photography to set itself apart. So far, however, it hasn’t worked at all.

Sure Nokia’s Lumia cameras have been impressive to date, but they were nothing like the Lumia 1020’s camera. The Lumia 920, for example, offered low light photo capture capabilities that were definitely an improvement over the iPhone and leading Android phones. But the prospect of taking slightly better photos of one’s friends in a dark bar apparently wasn’t enough to send consumers rushing to their local electronics retailers.

With the Lumia 1020, Nokia went all in on the camera and the difference is no longer slight — it’s astounding.

In practice, the Lumia 1020 camera is a mobile photographer’s dream.

Nokia’s Lumia 1020 sensor is indeed 41 megapixels but the photos captured and shared will be 5-megapixel images. In a nutshell, the device captures either 34- or 38-megapixel images depending on the aspect ratio setting, but it then uses oversampling to combine data from multiple pixels into “superpixels.” The end result is a 5-megapixel image with clarity unlike anything you have ever seen from any rival smartphone.

Handsets like the iPhone 5, Galaxy S4 and others might churn out photos with higher megapixel counts than the Lumia 1020, but Nokia’s new smartphone camera is a different breed entirely. In fact, I have yet to find a scenario where images captured by the Lumia 1020 aren’t substantially better than photos taken with Apple’s 8-megapixel iPhone 5 camera or Samsung’s 13-megapixel Galaxy S4 camera.

Daylight, low light, no light, direct light, indirect light, indoors, outdoors… You name the scene and the Lumia 1020 outshines its rivals. Images are far more crisp, color reproduction is more accurate and slight motion blur that would occur on other phones is almost always eliminated thanks to Nokia’s patented optical image stabilization system.

As a quick example of just how impressive the Lumia 1020’s camera performance is compared to rivals, I put together a simple comparison photo with the 1020 and Apple’s iPhone 5, since its camera is widely regarded as being among the best smartphone cameras on the market.

The difference is not just noticeable, it’s remarkable. Beyond illumination, the colors in the Lumia 1020’s photo are far more accurate than they are in the iPhone 5 sample photo and the difference in clarity is tremendous.

Nokia also included its new Nokia Pro Camera software on the Lumia 1020 and it seriously enhances the camera experience while offering the perfect balance of simplicity and control.

The Pro Camera app gives users complete control over things like exposure, shutter speed, white balance, ISO and more, and it presents the settings in a beautiful and simple interface. The Lumia 1020 can also be configured to open the Pro Camera app instead of the standard Windows Phone camera app when using the dedicated camera button as a shortcut, which is a nice touch.

For those interested in learning more about the camera on the Lumia 1020 and the technology behind it, Nokia published a great 22-page white paper on its new camera technology.

Oh, and underneath the Lumia 1020’s camera lies a pretty nice little smartphone.

Each new model features a few various tweaks and in the 1020’s case, the design has been flattened a bit and widened ever so slightly. The result is the thinnest flagship Lumia phone Nokia has built thus far if you ignore the giant hump where the camera lens and dual flashes sit. And yes, this phone includes two flashes — a xenon flash for still photos and an LED flash for video.

All of the Nokia smartphones mentioned above use Nokia’s familiar flattened barrel design, but the Lumia 1020 is more like the Lumia 900 than the newer 920. It’s roughly the same size and the top and bottom taper a bit as they reach the flat edges, whereas the Lumia 920 did away with that tapered design.

On the front of the Lumia 1020 sits a gorgeous ClearBlack AMOLED display that measures 4.5 inches diagonally and features better-than-720p HD resolution with 1,280 x 768 pixels. The panel is protected by a sheet of Gorilla Glass 3 glass and it features all of the bells and whistles from Nokia’s earlier high-end displays including PureMotion HD+, a 60 Hz refresh rate, TrueColor and “sunlight readability enhancements” — and yes, the Lumia 1020’s screen is far more visible than any comparable display in direct sunlight.

The 1020 is also the lightest flagship Lumia phone to date. Nokia’s previous-generation Lumia 920 weighed a hefty 185 grams but despite the 2,000 mAh battery and all of the camera technology Nokia managed to stuff into the Lumia 1020, it weighs 158 grams. This makes for a very comfortable feel, though the phone is still heavier than the iPhone 5 (112 grams) Galaxy S4 (130 grams) and HTC One (143 grams).

I don’t need to dive into Windows Phone 8 on a Nokia handset for the umpteenth time — the experience is effectively the same on the Lumia 1020 as it is on the Lumia 920 and Lumia 928 with a few exceptions, such as the aforementioned Pro Camera app.

All three devices are powered by 1.5GHz dual-core Snapdragon S4 processors and all three devices are remarkably smooth. The main difference I have noticed in my time with the Lumia 1020 is that where the 920 or 928 might have gotten tripped up for a quick beat during stress tests, I have yet to bring about any hiccups on the 1020 regardless of how hard I’ve tried — upping the RAM from 1GB in the 920 and 928 to 2GB in the Lumia 1020 appears to have been a smart move.

Battery life seems to be marginally worse on the Lumia 1020 compared to earlier Lumia phones though, so the performance improvements and killer camera come at a price.

Microsoft’s mobile app problem continues to be the biggest strike against phones powered by its mobile platform, and this holds true for the Lumia 1020.

Apple’s iOS created a world where app selection is one of the most important parts of the mobile experience. Android’s quick rise in popularity drew developers’ attention and helped the platform catch up quickly. Fast forward to 2013 and developers remain focused on Android and iOS for the most part, despite the best efforts of contenders like Microsoft. This is a huge, huge problem — many users who are drawn in by Windows Phone devices like Nokia’s Lumia phones have to come to terms with losing many of their favorite apps when deciding whether or not to actually purchase one.

How serious is the problem? It depends on which apps you use.

Native apps like Microsoft’s email program are outstanding and of course Windows Phone offers the best mobile Office experience money can buy. In terms of third-party apps, some big developers have come around and brought their top apps over to the Windows Phone platform, though they often fail to offer experiences that match iOS and Android. Microsoft and Nokia have also taken matters into their own hands and built several popular apps such as Facebook, YouTube and Groupon themselves.

But the problem is still very real — at the time of this writing, the No.3 entry on the Windows Phone store’s overall top free apps list was “Unit Converter.” The No.1 paid app was a QR code scanner.

Windows Phone just can’t compete when it comes to apps. But on the bright side, at least you can uninstall all of the carrier bloatware apps on the Lumia 1020, which can’t easily be done on most rival phones.

Interestingly, another area where Nokia’s Lumia 1020 really doesn’t compete with rival devices is pricing, which is odd considering how aggressively Nokia and AT&T have priced earlier flagship Lumia phones. Whereas the Lumia 900 and Lumia 928 both launched at $99.99 on contract as AT&T exclusives, the Lumia 1020 costs $299.99 on contract.

Is the phone worth $300? Perhaps. Especially for those who value mobile photography above all other smartphone features.

With that, we’re left with two burning questions that will decide the fate of Nokia’s latest smartphone.

First, is mobile photography so important to consumers at large that a healthy portion of them will overlook Windows Phone’s app situation and take the leap? Many top apps are available on Windows Phone but many are not, and the user experience among those that are available is sometimes less than stellar.

Second, are the people who do consider switching to Windows Phone in order to get their hands on the Lumia 1020’s amazing camera willing to pay $299.99? Yes, the 1020’s price will drop eventually but by then it will be too late. The simple fact is that when it launches as an AT&T exclusive this Friday, July 26th, the Lumia 1020 is going to be a $300 phone competing against insanely popular flagship smartphones that all start at $200 or less.

We’ll see, but the odds certainly aren’t in Nokia’s favor.