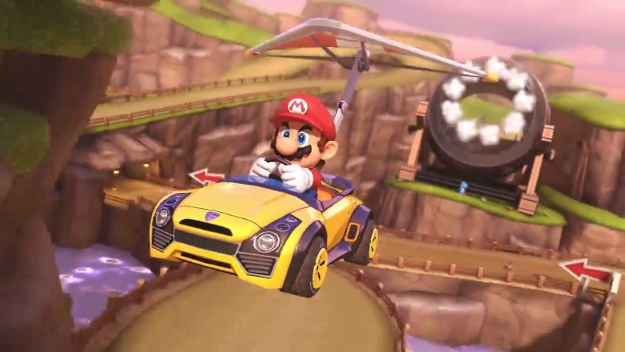 How perfectly dreadful. Nintendo, that last defender of console-only auteurism, is now succumbing to that basest of commercial instincts and is launching potentially hugely lucrative mobile apps. This could lead to something quite disturbing: Massive profit growth.

We all know that Clash of Clans is now making more than $1.4 billion a year, demonstrating how insanely lucrative the app market can be at the very top. But did you know that an oddity called Love Live! School Idol Festival is also making nearly $100 million a year in Japan alone? And that a horrid little Candy Crush clone called Tsum Tsum is clearing more than $200 million a year, again powered by its massive Japanese popularity?

Japanese consumers spend far, far more on in-app purchases than Americans or Europeans. More than twice as much per person. And we’re not talking about top-grade, sleek, category beaters like Puzzle Dragons. We are talking about cheap Final Fantasy knock-offs and dating sims about seducing the surgeon who killed your mother.

Japan is a bigger mobile market than America by now. Nintendo could have a couple of $100 million annual grossers in its hands just by skimming the surface of its domestic back catalog without even translating the games to English.

Nintendo sits on a gold mine of underutilized properties. It hasn’t been bothered to do another Advance Wars game despite its rabid global fan base that would pay $70 a pop for a new iteration. It has lost its passion for Castlevania and Metroid. It has neglected the clever little puzzle games that defined the early Nintendo DS years. Many of these franchises are perfect fits for tablet. Advance Wars games were practically designed to be played on large touch screens and came out years before tablets were even on the market.

The biggest challenge of the mobile app market is app discovery, i.e., how to make consumers aware that you have a new game out there. Nintendo does not have to do anything to deal with this challenge. It only needs to put a title out there and thousands of blogs will trumpet the event within an hour. Nintendo could easily hit a monthly user level of 300 million with just two or three mid-level mobile apps. And these apps could run for years and years and not fizzle out in three months like console games do.

This is such a golden opportunity for Nintendo it’s hard to envision how the company could possibly manage to blow it.

Interestingly, two other Japanese gaming dinosaurs from ’80s struggled for years to figure out the mobile market and are now on epic hot streaks. Sega tried at first to sell mobile apps for a stiff premium. After it hopped on the freemium express and started launching  free apps with in-app purchases, it started minting money. Square Enix also floundered at first as it tried to extract prices of more than $5 per mobile game. After it went freemium, it started having monster mobile blockbusters.

So of course, you would expect Nintendo to repeat the mistakes Sega and Square made years ago in Japan by launching premium priced apps. But who knows? Perhaps somebody at Nintendo realizes the insane potential that lies in a freemium Advance Wars for iPad or an endless runner Metroid that could finally challenge the Subway Surfer empire.

Either way, Nintendo’s mobile adventure will be fascinating to observe. This is a company that got its start more than a century ago making playing cards that somehow reinvented itself in the ’80s in a wildly free-wheeling manner and was a textbook example of an old company managing a complete rebirth. Let’s hope it happens again.