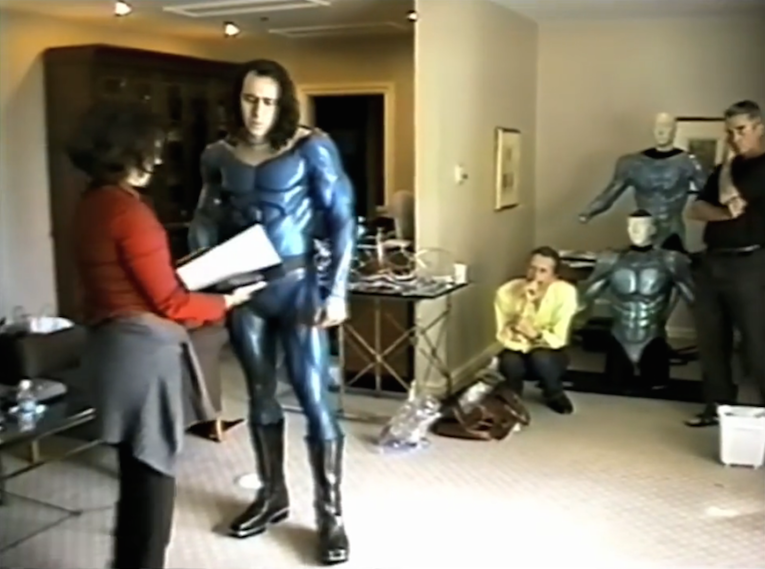 We’re lucky to make it more than three months without a new comic book franchise hitting the theaters in 2015, but superhero movies were much harder to come by a few decades ago. In fact, some didn’t even get made, including Superman Lives, a now legendary project helmed by Tim Burton with Nicolas Cage (yes, that Nicolas Cage) in the lead role.

The film never came to fruition in the late ’90s, but director Jon Schnepp refused to let it fade away into the annals of moviemaking history. Instead, he embarked upon a journey to discover what happened to this unbelievable production, and his findings were captured in a soon-to-be-released documentary called The Death of ‘Superman Lives’: What Happened?

The documentary will be available to purchase through the official website on July 9th, but you won’t have to wait that long to see some behind-the-scenes footage from the film. LA Times was treated to a short look at the documentary which includes test footage of Nic Cage as Superman, and it’s just as amazing as you’d hoped.

Head to the link in the source below to watch the video.