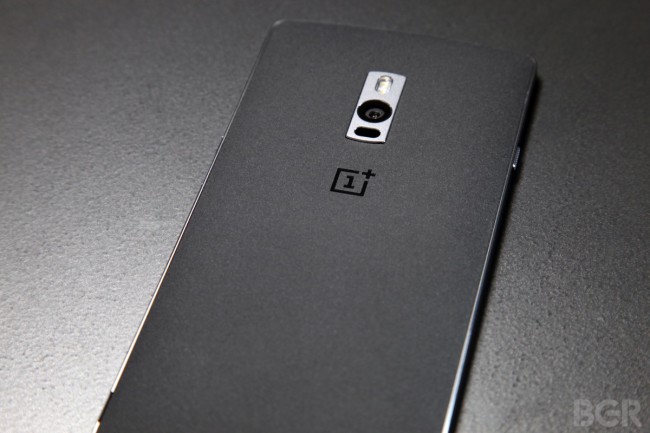 After the massive groundswell of excitement made the OnePlus One a surprising success, it didn’t come as much of a surprise when we learned the Chinese company would push forward with more smartphones in the coming months and years.

The OnePlus 2 has already shipped to thousands of consumers participating in the invite program, but anyone who hasn’t pulled the trigger on the updated device might want to hold off a little longer, as another phone appears to be in production.

DON’T MISS: Anyone can buy the OnePlus 2 without an invite beginning at 3PM on Monday

Late last week, Phone Scoop happened upon an FCC filing for an unannounced OnePlus smartphone with model number One E1005. As you can see from the image included in the filing, the phone looks markedly different from both the OnePlus One and the OnePlus 2, and in fact bears a striking resemblance to the iPhone 4.

According to the filing, the phone will feature a 1.9GHz processor as well as support for LTE, Bluetooth, GPS, Wi-Fi and FM radio. Although the documents don’t specify a platform, we can assume the new OnePlus phone will run OxygenOS.

It’s not a lot to go on, but if you’re interested in finding out more information about the phone, we have some good news: OnePlus is holding a media event in India later today. Stay tuned for further updates.