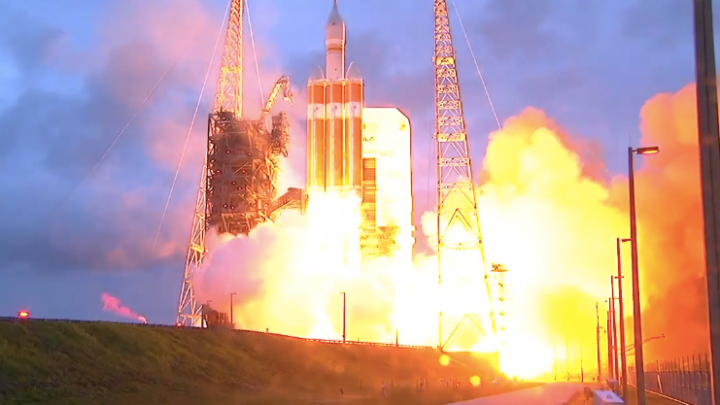 NASA took a big step toward bringing people to Mars this week, although it will still likely be at least another 20 years before we can actually make such a journey. NASA launched its Orion spacecraft on Friday, an event that the organization describes as “the first flight test for NASA’s new deep space capsule and is a critical step on NASA’s journey to Mars.” Orion is set to be airborne for about four-and-a-half hours on Friday before it lands back in the Pacific Ocean.

NASA has also used modern camera technology to give us some incredible footage taken from the spacecraft itself as it’s hurtling into the atmosphere. One of the coolest moments in NASA’s video comes when the spacecraft’s port and starboard boosters detach and float away from the craft.

The unmanned Orion spacecraft launch is set up as a test run for a spacecraft that was designed to bring human beings on long journeys into space. NASA seems very happy with its initial results so far as it says Orion has passed its first tests with flying colors. That said, it will still be many, many years before we finally land human beings on Mars, so don’t get too excited just yet.

Be sure to check out the whole video below.