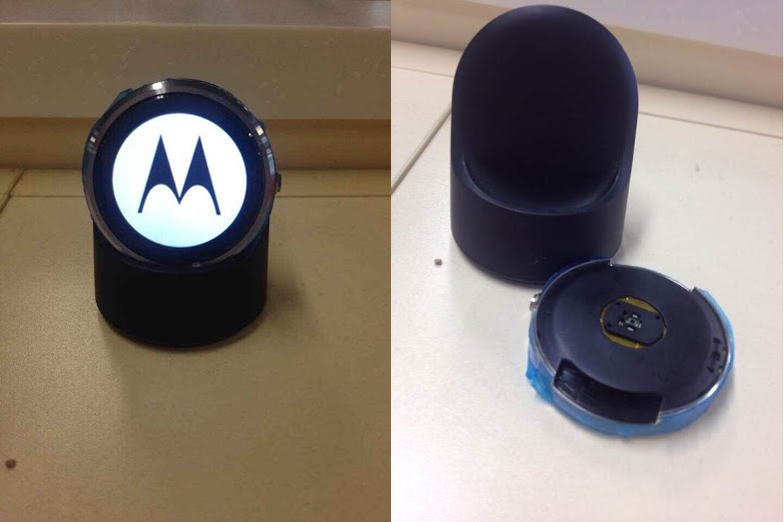 In an impressive display of incompetence, Motorola opted not to unveil its highly-anticipated Moto 360 smartwatch to the public during the first two days of IFA 2014. Instead, Motorola invited the press to attend a closed-door event to see the smartwatch (along with the Moto X+1 and Moto G2) ahead of time, but it looks like the plan may have backfired.

Wear Wizard has obtained leaked images of the Moto 360 just one day before the company was set to hold an event to unveil its new devices. In the photos, the watch face is not connected to a strap, instead sitting on a small display. The body of the watch face also has a light blue hue to it, but there’s no telling if this is a final product or not.

As expected, the Moto 360 is a great looking smartwatch. Whereas other vendors are still trying to perfect their designs, the simplistic appeal of the Moto 360 cannot be denied. It’s just too bad Motorola didn’t get out in front of the leaks when it had the chance. There’s still plenty we don’t know though, so expect to learn a lot more about the Moto 360 when Motorola will hold a live Q&A on Google+ tomorrow, September 5th at 1 a.m. CT.

A few of the images can be found below, but head to Wear Wizard for the rest.