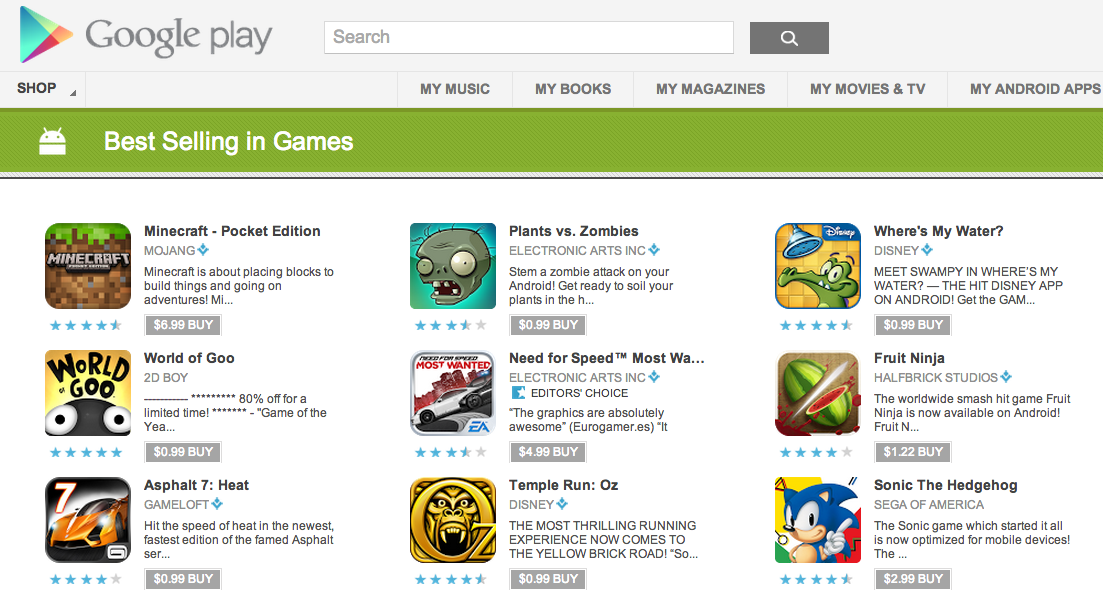 The new App Annie-IDC report on portable gaming is out and one graph stands out in particular: According to the report, microtransactions have grown to 51% of total portable game revenue from 40% in just one year. This means that in-app purchases now generate ten times the sales that game advertising does and notably more than pre-paid games across both smartphones and consoles such as the Nintendo 3DS and the PS Vita.

The biggest money-maker in the entire portable gaming universe now consists of buying extra characters in Clash of Clans or new card decks in Rage of Bahamut. The speed at which the share of microtransactions is growing is fairly stunning. Within two years, in-app purchases could hit 65% to 70% of the total portable game market revenue. It is high time for Nintendo and Sony to start re-evaluating their pricing on games for their portable consoles because free downloads are about to eat the industry.

Another big finding in the report is the explosion of Google Play gaming revenue in Japan and South Korea during the first quarter of 2013. During the Christmas quarter of 2012, Japan, Korea and the United States were roughly equal when it came to Google Play game sales. But in Q1 2013, Japan’s game revenue grew by 150% over the preceding quarter and Korean revenue doubled, leaving the U.S. far behind. It seems that Google Play really broke out as a portable game platform in those two Asian markets at the beginning of 2013. This coincides with the massive success of new Asian Android app franchises like Puzzle and Dragons.

Globally, Western app vendors dominated mobile game sales 18 months ago, when iOS was still the only serious platform. But Google Play’s growth has helped a plethora of Asian app vendors gain global prominence, usually by leveraging early success in Japan and Korea. The next two years are going to be a hectic scramble for Western app vendors to expand to the Google Play sphere and for Asian vendors to push into iOS territory.