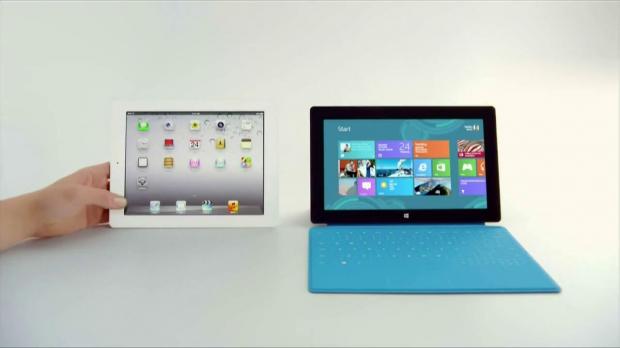 It’s no secret that Microsoft has struggled to gain significant momentum with its Surface line of tablets, but it certainly doesn’t help when paid professionals can’t even get the name right on national television. Over a year ago, Microsoft announced a $400 million partnership with the NFL which would bring interactive content exclusively to the Xbox One. It also put Surface Pro 2 tablets into the hands of coaches and players on the sidelines, but there’s one thing Microsoft didn’t account for: none of the announcers seem to know what a Surface is.

As the camera focused in on the sideline during Sunday’s matchup between the Saints and the Falcons, the commentators mentioned that Drew Bress wasn’t “watching movies on his iPad.” Instead, he was studying the Falcons’ defense on his “iPad-like tool.”

The people in the booth seem to know that a deal has taken to place to get tablets on the sidelines, but it’s clear they weren’t briefed on the actual name of the device in question. Adding to the confusion, the tablets have been covered in enormous, protective cases to ensure they aren’t broken while dozens of 300 pound linemen stomp on and off the field.

As The Verge notes, getting the word out to the commentators might be just as important as placing its product in the limelight — otherwise NFL fans are going to think their favorite players are using iPads for the rest of the season.