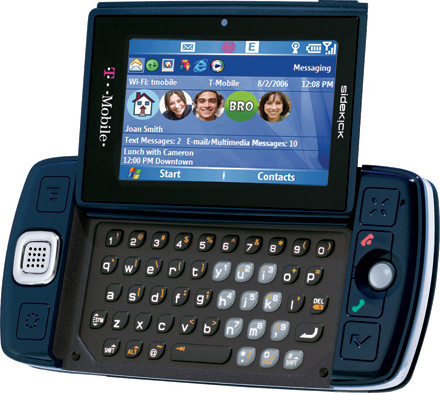 Ugh! Let’s just hope the Danger OS doesn’t go away (we doubt it will). This actually might make sense, though. With Microsoft in the mix, Danger can now concentrate on the software and integrating new features like 3G, GPS, and Wi-Fi. Also Microsoft is said to be handling the backend system, so we shouldn’t be plagued by the shoddy service and outages anymore. Anyone at all excited about this?

“Microsoft is a global leader with our Windows Mobile software and expanding mobile services,” said Robbie Bach, president of the Entertainment and Devices Division at Microsoft. “The addition of Danger serves as a perfect complement to our existing software and services, and also strengthens our dedication to improving mobile experiences centered around individuals and what they like.”

The Palo Alto, Calif.-based company provides services that allow people to keep in touch, stay organized and keep informed while on the go through real-time mobile messaging, social networking services and other applications ― all blended together on a single phone that is intuitive and customizable.

“Danger continues to provide an effortless and fun mobile experience for consumers,” said Henry R. Nothhaft, chairman and CEO of Danger Inc. “Now by combining our uncompromised application software and powerful back-end service with Microsoft, we can expand our innovative service offerings even further and take mobility to a new level.””