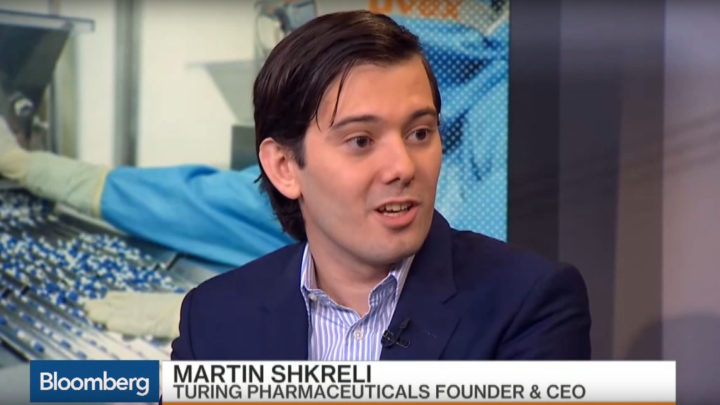 Following widespread condemnation, Turing Pharmaceuticals CEO Martin Shkreli on Tuesday night announced that he would make the AIDS drug Daraprim more affordable than the originally planned $750 per pill price point that elicited so much outrage earlier this week.

“There were mistakes made with respect to helping people understand why we took this action,” Shkreli told NBC News. “I think that it makes sense to lower the price in response to the anger that was felt by people.”

While Shkreli hasn’t yet disclosed what the new price will be, he said that a final decision will be made sometime in the next few weeks. Now given some of the information that’s come to light about Shkreli’s previous antics, one can only hope that he isn’t simply trying to bide his time in the hopes that the story will blow over, only to announce a negligible reduction in price once the fast-moving news cycle has moved on to other issues.

In case you missed our initial report on the matter yesterday, Shrkeli’s company recently acquired the rights to Daraprim for $55 million with the goal of raising the cost of a single pill from $13.50 to $750, a gargantuan 5,550% increase. Compounding matters was Shrkeli’s seeming indifference to how the price hike would ultimately affect sick immunosuppressed patients who fundamentally need the drug to help them fight off deadly infections. In addition to being used by AIDS and HIV patients, the drug is also used by pregnant women and individuals trying to fend off cancer.

In an interview with Bloomberg, Shkreli casually explained that the drug’s previous owners were practically giving the pill away, with an annual prescription costing about $1,000 per year. Apparently not a fan of affordable medicine, Shkreli’s solution was to engage in a bit of price gouging.

Speaking to that point, Shkreli tried to justify his position in a statement issued to NBC:

It’s very easy to see a large drug price increase and say ‘Gosh, those people must be gouging.’ But when you find out that the company is not really making any money, what does that mean? It’s very hard stuff to understand.

It’s really not that hard to understand because the drug’s previous owner was, in fact, making money on the medication, just not boatloads of it. Still, profits were in the $5 million range.

While it’s well established that drug companies sometimes need to raise the price of medications to a) recoup incredibly high R&D costs and b) to fund to drug research, there’s something completely off-putting about a company swooping in and buying the rights to a drug just so that they can jack up the price wildly when they didn’t put any of the work in. And oh yeah, did we mention that Daraprim has been around for over 60 years now? In other words, a cutting edge drug this is not.

Understandably, Shkreli’s unabashed attempt at a money grab drew widespread condemnation from the likes of medical associations and politicians alike. The Infectious Diseases Society of America and the HIV Medicine Association, for instance, both said that the planned price increase was without justification.