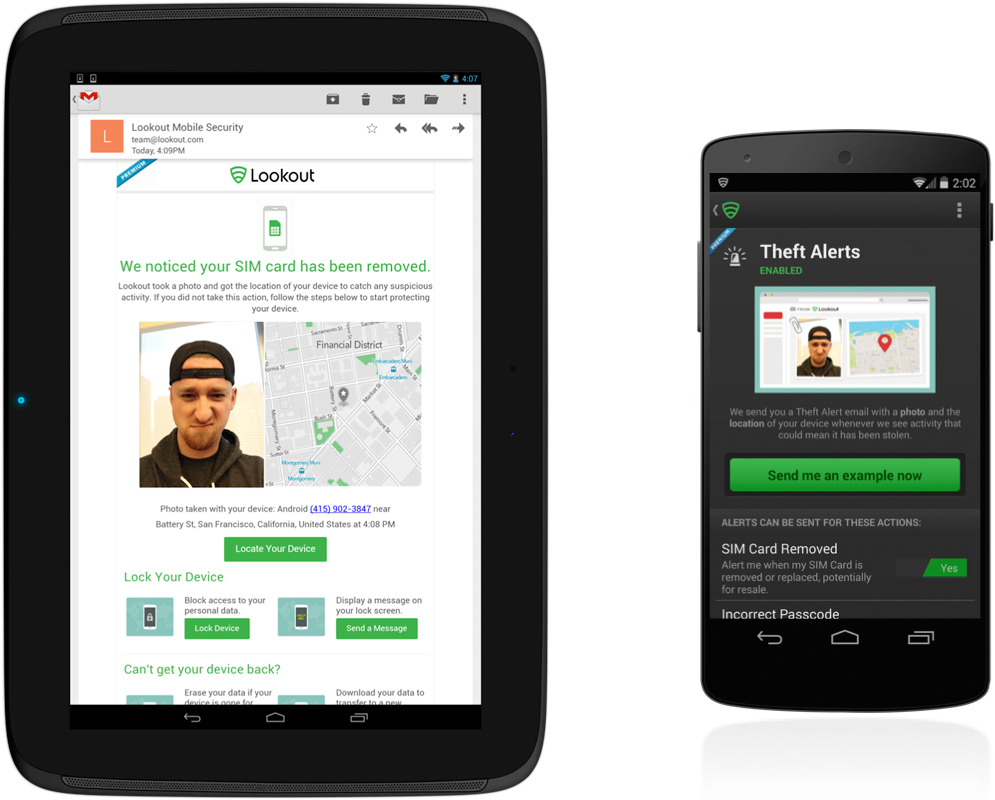 According to the mobile security experts at Lookout, more than 1 in 10 smartphone owners in America have had a handset stolen at some point. Of them, 68% were unable to recover their stolen devices. The issue of smartphone theft is clearly a serious one. In fact, the NYPD recently stated that thefts of Apple’s iPhone and iPad were to blame for the increased crime rate in New York City last year.

Some smartphones ship with stolen phone recovery systems built in. The most well-known among them is likely the “Find My iPhone” feature on Apple’s handsets, which allows users to remotely lock lost and stolen iPhones and pinpoint a device’s location on a map.

“From the day we started Lookout, we’ve dedicated ourselves to fighting smartphone theft,” said Lookout co-founder Kevin Mahaffey. “Today, the problem has grown so large that nearly 70% of phone theft victims never get their phone back. This is not right. That’s why we decided to build Theft Alerts, a real-time service that intelligently arms users with information they need to get their precious devices and data back.”

Lookout’s new Theft Alerts feature isn’t just a passive solution. The system knows the things thieves commonly do when they steal a phone, and it notifies users when their phones are stolen.

For example, if someone steals your phone and tries to enable airplane mode, enters an incorrect passcode, turns the phone off or removes the SIM, Theft Alerts will recognize the actions and send the phone’s owner an email alert containing a photo of the thief that is captured automatically, as well as a map of the phone’s location.

Here’s a video that explains more:

Lookout’s new app with the Theft Alerts solution built in is available for Android and for the iPhone, but there are obviously limitations in iOS that prevent certain functions from being made available. There are also free and paid versions of the app with varied capabilities.

Here’s a graphic that breaks everything down:

Theft Alerts is available in Lookout’s app beginning immediately on Android devices and the iPhone. The app can be downloaded for free from the iOS App Store or Google Play store, and premium features can be unlocked with a subscription that costs $2.99 per month or $29.99 per year.

More information can be found on Lookout’s website, which is linked below in the source section.