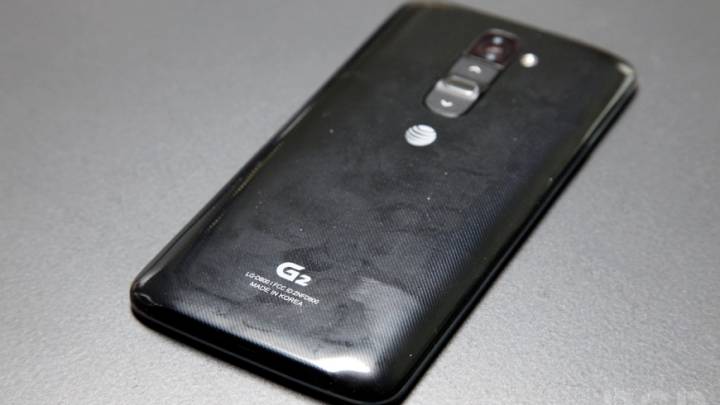 A new image showing a press render of the LG G3 in a slim case has been leaked, offering some insight on the potential size of the device. According to a picture posted by @evleaks, the next LG flagship handset will measure 150 x 78 x 13 mm with a case on, suggesting the handset will be bulkier than expected. Comparatively, the G2 measures 138.5 x 70.9 x 8.9 mm, while the Galaxy S5, one of the G3’s main rivals this year, measures 142 x 72.5 x 8.1 mm.

The phone has been confirmed to pack a bigger 5.5-inch display with an astonishing 2K resolution, which will likely require additional battery juice – a larger battery would explain why the G3 would be thicker than other devices. The 5.2-inch G2 with a Full HD display packs a 3000mAh battery pack specially built to make the most of the available space, without adding too much bulk to the overall handset design.

It’s not clear, however, how big the case on the G3 is.

In addition to posting the leaked image which shows the size of the handset, @evleaks has also revealed additional images which show the G3’s interface for the Quick Window case. Unlike its predecessor, the G3 will apparently have a circular Quick Window menu, which looks awfully similar to the interface proposed by Google for Android Wear-running wearable devices. The protective case will have a watchface-like opening, which will show various widgets, according to the user’s needs.

The circular Quick Window mode has been teased by LG, which published a short G3 video already to promote the upcoming handset. In fact, LG has already set up a G3 page on its website, which lists the G3, although it doesn’t reveal any details about it.

The handset is expected to be unveiled next week, during the company’s extensive May 27 media event.

Images showing the size of the handset and its Quick Window widgets follow below.