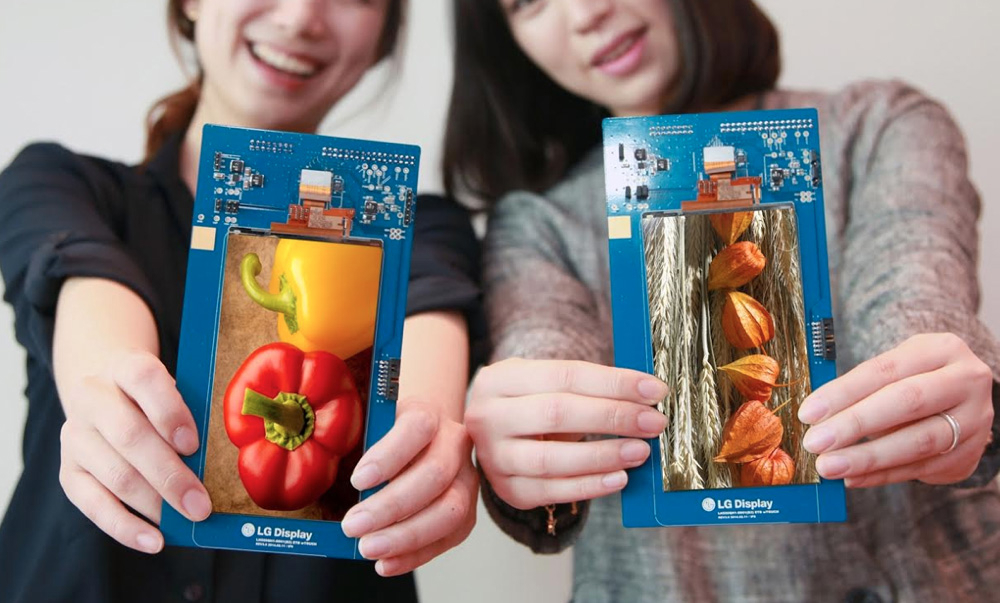 LG’s next flagship smartphone has been long rumored to offer users a high-resolution display, and the company has just confirmed just how great its screen will be. In a press release, LG said that a 5.5-inch Quad HD (QHD) AH-IPS LCD panel for smartphones was certified as a QHD display after passing tests by NEMKO, the Norway-based international testing and certification organization for electrical products.

Furthermore, the company said the QHD display will be “unveiled with the forthcoming LG’s flagship smartphone to be launched in the first half of the year.” LG has recently confirmed that the G3 will be available to buyers in the second quarter, scheduling a massive press event for May 27 to announce it.

The 5.5-inch display will feature a 2560 x 1440 resolution, or four times the resolution of HD panels and 1.8 times higher than Full HD displays. The G3 will have a 538 pixel per inch (PPI) ratio, and the panel will meet the 100% RGB color reproduction standard, according to the company. LG added the QHD display has reached the same level of brightness as Full HD screens, thanks to improved technology in the LTPS backplane.

Finally, the G3’s display is also ultra-slim, measuring just 1.2mm in thickness, and has a 1.15mm bezel, which is 0.05mm smaller than last year’s panels.

Receives Certification for Quad HD Quality Ahead of Mass Production

Seoul, Korea (May 8, 2014) – LG Display announced today that its 5.5-inch Quad HD (QHD) AH-IPS LCD panel for smartphones was certified as a QHD display after passing verified tests by NEMKO, the Norway-based international testing and certification organization for electrical products. The certification comes shortly before the new Quad HD LCD panel will be unveiled with the forthcoming LG’s flagship smartphone to be launched in the first half of the year.

This panel, which will go into mass production shortly, will offer superior performance to other existing smartphone panels. This is an ultra-slim panel with a mere 1.2 mm thickness and has a 1.15 mm bezel, which will be the narrowest available and 0.05 mm less than panels introduced last year.

In addition, the panel has achieved the same level of brightness as a Full HD panel. It is difficult to raise penetration ratio in higher resolution panels since they have more pixels. However, LG Display successfully achieved higher brightness by improving the penetration ratio through enhancing the pixel structure design and aperture ratio in the LTPS backplane.

The Quad HD display produces images in sharper color and contrast than regular displays because of the greater amount of pixels. This means that high resolution images and videos in the Blu-ray format can be viewed in a fully vivid and realistic manner. The display retains the readability of letters and images without distorting them when they are enlarged while surfing the internet or working on documents.

“This product fulfills the core qualities of smartphone displays, which are high resolution and slim design, and I believe the consumers can enjoy vivid images that are close to real life with this display,” said Byung-koo Kim, Vice President and Head of LG Display’s IT/Mobile Development Group. “LG Display will continue to maintain technology leadership in the super high-resolution smartphone display market above 500 ppi resolution, which will take off this year.”

According to DisplaySearch, the shipment of premium smartphone displays based on LTPS backplanes is expected to grow to 780 million units by this year and 940 million units by next year. These products are going to maintain sufficient competitive advantage in premium product categories where large size, high resolution and low power consumption are key factors.