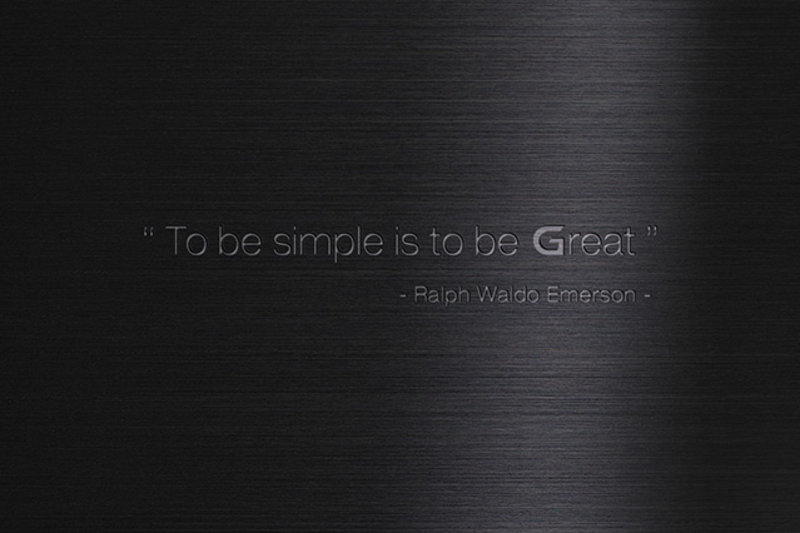 LG on Tuesday confirmed that the LG G3 will launch earlier than anticipated this year, saying in its Q1 2014 earnings report that the new high-end smartphone will help the company boost its Q2 numbers. In a following interview with reporters in South Korea, LG further acknowledged that the company will launch the handset by the end of May. A day later, LG has officially announced a special media event scheduled for May 27, when it’ll likely unveil the handset, possibly alongside its first Android Wear smartwatch.

LG’s France-based arm confirmed on Tuesday that the already official G Watch will launch in June in the country, selling for €199.

The invitation has a short message, a quote from Ralph Waldo Emerson, teasing new G-branded products without specifically naming the G3 or the G Watch. “To be simple is to be Great” the quote says, with the G clearly highlighted.

The fact that LG already confirmed the name and launch date for the G3 is a clear indication the May 27 event will be mostly about LG’s future flagship handset. Furthermore, the fact that the company will host the event in six cities simultaneously, including San Francisco, New York and London, suggests it has big plans for the immediate future.

The G3 will likely be one of the most important Galaxy S5 rivals, with recent leaks claiming the phone will have at least one better feature than Samsung’s top 2014 handset, a high-resolution 2K display. Furthermore, The Verge speculates that the event invite seems to indicate the G3 may have a metal case, which would be another major selling point for the handset – the invitation’s message appears to be written on a dark brushed aluminum surface.