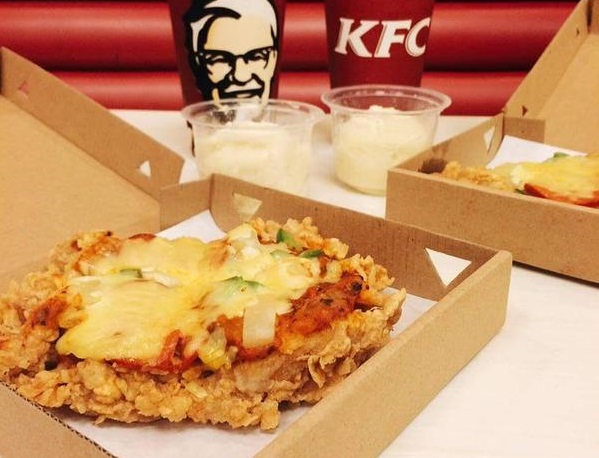 KFC doesn’t serve deep-fried rats… but it sure does serve a lot of other stuff that is absolutely ruinous to the human body. KFC’s latest weapon of nutritional destruction is called the KFChizza and it’s a pizza that… get this… replaces traditional pizza crust with a slab of fried chicken instead.

This is not the first time that KFC has creatively tried to use fried chicken to replace bread. Its infamous Double Down sandwich was the first to use two slabs of fried chicken in lieu of traditional buns, while the KFC Double Down Dog pulled the same trick for hot dogs.

The KFChizza was first revealed on the official Twitter account of KFC Philippines, as the meal is getting a test run in Asia before expanding to other markets. As you’ll see in the video below, it’s a slab of fried chicken that’s covered in pizza sauce, mozzarella and other pizza toppings. In a lot of ways, it’s rather similar to chicken Parmesan, although it looks significantly larger than your average chicken parm cutlet.

Check out KFC’s full video for the KFChizza below.