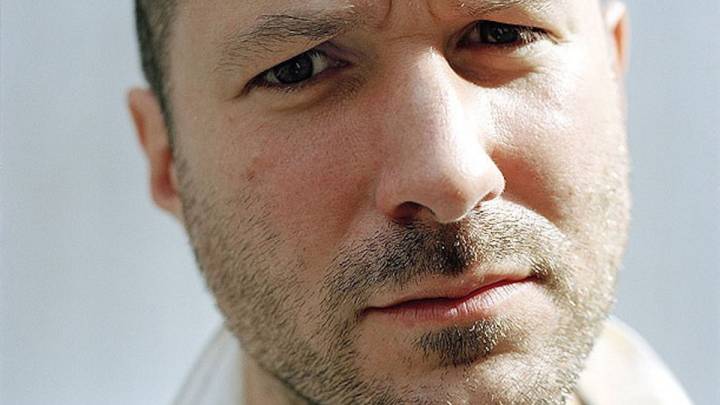 Steve Jobs was well-known for instilling his own design tastes into Apple’s products. From the skeuomorphic aesthetic that used to define iOS to the company’s general aversion to superfluous buttons, Jobs was much more involved in product design than your average CEO. By all accounts, Jobs was Apple’s supreme taste maker.

Now, three years after Jobs’ passing, it’s apparent that Apple designer Jony Ive is Apple’s new tastemaker. While not an overtly controversial statement in itself, the point was driven home during an excellent Wired piece detailing the secretive development of the Apple Watch.

In one particular passage,  author David Pierce explained how Apple experimented with a wide assortment of vibrations and “taps” meant to inform Apple Watch wearers of various alerts and notifications. The man responsible for calling determining which types of vibrations worked best? Ive.

There were weekly meetings where the software and interface teams would test out, say, the sound and feeling of receiving a phone call. Ive was the decider and was hard to please: Too metallic, he’d say. Not organic enough. Getting the sounds and taps to the point where he was happy with them took more than a year.

Referring to Ive as “the decider” is an interesting choice of words. In the wake of Scott Forstall’s October 2012 ouster from Apple, it was reported that Forstall had grown frustrated by the state of affairs at Apple during the post-Jobs era. Specifically, Forstall reportedly lamented the fact that the company now lacked a “decider” who was capable of laying down executive decisions on contentious issues.

While undeniably brilliant, Forstall was known to be bull-headed and tough to work with. One report even claimed that the tension between Ive and Forstall became so unbearable that the two executives refused to attend each other’s meetings.

But once Tim Cook let Forstall go, Ive’s power and responsibilities within Apple increased dramatically. No longer relegated to industrial design exclusively, Ive’s new role at Apple now included heading up and providing direction for Apple’s Human Interface group. For the first time, Ive would be able to instill his own design sensibilities onto Apple’s software without having to battle someone like Forstall.

What followed next was pure Ive. With Forstall out of the picture, Apple’s iOS team immediately got to work on completely redesigning the look and feel of iOS. Not surprisingly, the next iteration of iOS – iOS 7 – signaled an assertive shift away from the skeumorphic inspired designs that Steve Jobs and Scott Forstall were both reportedly enamored with.

Ive’s design aesthetic permeated throughout the entirety of iOS 7. Gone were superfluous textures and shadows, replaced by a flatter and arguably more simple design aesthetic. iOS 7 represented the first instance of Ive assuming the rule tastemaker du jure, a role that previously remained in the exclusive purview of Jobs.

Also interesting is that Ive’s influence within Apple is such that he can seemingly dictate wholly new product directions for the company, though it’s not as if Ive never encountered any pushback. During the New Yorker’s incredible 17,000 word profile of Ive, it was revealed that Ive had to win a few battles within Apple to pursue a product that was completely different from anything Apple had ever done before. Suffice it to say, the Apple Watch is arguably Ive’s baby.

The aforementioned Wired piece also intimates that the Apple Watch push was seemingly spearheaded by Ive himself, not surprising given Ive’s not so secret adoration for fine timepieces.

As for how the Apple Watch project got off the ground, Ive reportedly relayed his idea to Apple’s software and design team, asking them to port a version of iOS to a watch. This anecdote is somewhat analogous to how the idea for the iPhone came about. Back in the early to mid 2000s, Steve Jobs directed Apple’s software team to come up with an interface for a tablet style product. When Apple engineers presented Jobs with innovations like inertial scrolling, the idea of doing a phone quickly took center stage.

This nugget of Apple history comes from Jobs himself who explained the following to Walt Mossberg during his 2010 appearance at the All Things D conference.

I had this idea about having a glass display [tablet], a multi-touch display you could type on. I asked our people about it. And six months later they came back with this amazing display. And I gave it to one of our really brilliant UI guys. He then got inertial scrolling working and some other things, and I thought, ‘my god, we can build a phone with this’ and we put the tablet aside, and we went to work on the phone.

The parallels here are obvious. Both Ive and Jobs are atop the totem pole when it comes to product development.

In something of an ironic and cruel twist reminiscent of something might see on The Twilight Zone, Forstall’s complaint about Apple lacking a “decider” was ultimately solved by his own ouster from the company.

For anyone who has followed Apple closely, Ive’s ascendancy to power shouldn’t come as much of a surprise. Even during Jobs tenure as CEO, Ive held an extraordinary amount of control. In Walter Isaacson’s Jobs biography, Jobs said the following about Ive.

He has more operational power than anyone else at Apple except me. There’s no one who can tell him what to do, or to butt out. That’s the way I set it up.

With Forstall gone, the power vacuum within Apple narrowed, enabling Ive to fully impart his own tastes and sensibilities across both Apple hardware and software. We saw the first manifestation of this with iOS 7 and the Apple Watch is simply the next extension of that.