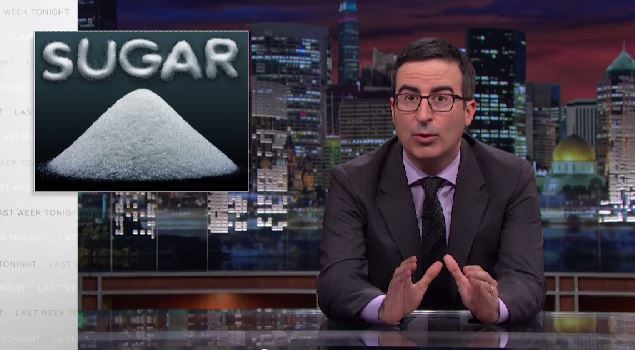 There’s a very strange event in America that happens every day: A consumer can pick up their insulin to treat their Diabetes, and on their way out they can grab a gallon of candy with a magazine about celebrities behaving badly. On Sunday night, John Oliver decided to show us just how bad sugar really is. Spoiler Alert: It’s pretty bad.

Last Week Tonight with John Oliver showed us that the average American “consumes 22 teaspoons of sugar per day, which is equal to 75 pounds of sugar a year.” That doesn’t even include the non-average American’s sugar consumption, which probably couldn’t be measured by NASA.

Watch the video embedded below that’ll make you want to hand out carrot sticks for Halloween: