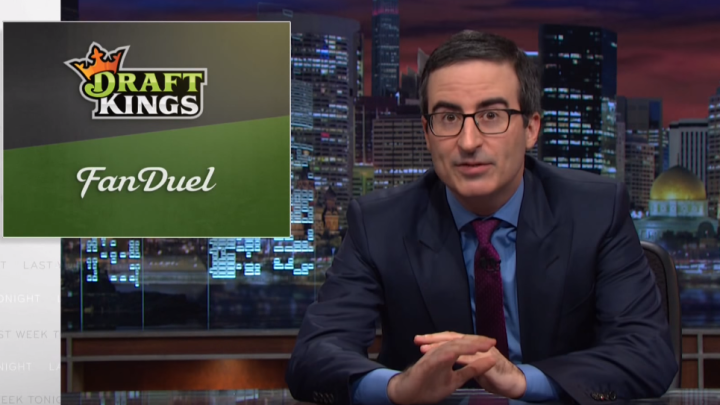 On the face of it, daily fantasy sports websites like FanDuel and DraftKings are awesome ideas. Instead of having to manage a fantasy sports team throughout an entire season, you can just draft a bunch of players on the day of the game and make money if your team happens to score more points on a given day. And if you lose, well, there’s always next week when you’ll hopefully have a better draft. What’s not to love?

FROM EARLIER: Brand new Star Wars TV commercial is all about Rey, Finn and the Millenium Falcon

How is this possible? It turns out that there’s a tiny percentage of FanDuel and DraftKings players who are using sophisticated algorithms to help them draft consistently superior teams. In fact, some daily fantasy sports players are essentially professional gamblers who spend hours a day tinkering with homemade algorithms designed to give them an edge over all the other suckers who are just picking players using their gut instincts.

“Fantasy sports are effectively dominated by numbers nerds with sophisticated algorithms,” Oliver explains. “Which is great news for anyone who wished that Moneyball could be a bit more boring, but it’s not great news for a casual player.”

Oliver also takes daily sports sites to task for insisting they aren’t gambling websites when they absolutely are. Check out the whole segment below.