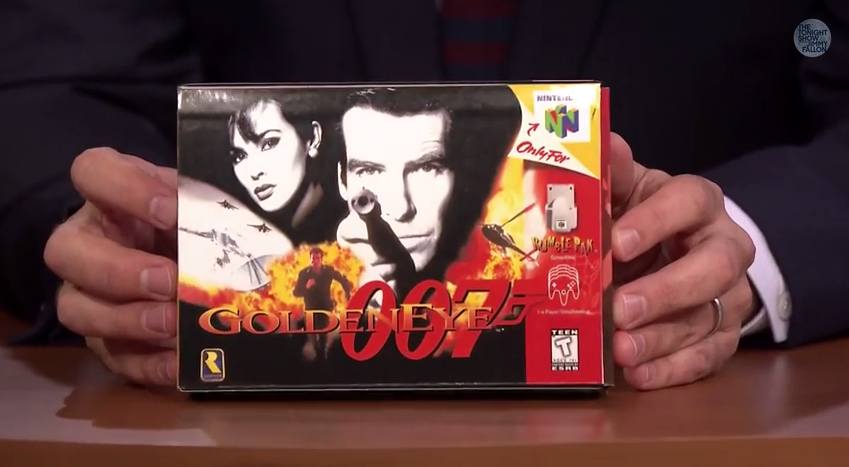 Before Halo, before Call of Duty, there was one first-person shooter that could bring people together just as easily as it could tear friendships apart. One game could be the focal point of a 10-year-old’s birthday party or a pregame at a college dorm. That game was GoldenEye. The movie-licensed Nintendo 64 classic set the stage for console shooters for generations to come and still holds some cultural relevance nearly 20 years later.

Following an interview on The Tonight Show, Jimmy Fallon asked Pierce Brosnan (aka James Bond in GoldenEye) if he’d be willing to play a round of the N64 game. Brosnan warned Jimmy up front that he wouldn’t be any good, but the results were just as hilarious as you might imagine. GoldenEye is decidedly less complicated that most modern shooters, but the fact that Brosnan even ended up in the same room as Fallon was enough to impress me.

So if you ever wondered what it would look like if James Bond picked up an N64 controller, here’s your chance to see it in action. Watch the clip from The Tonight Show below.