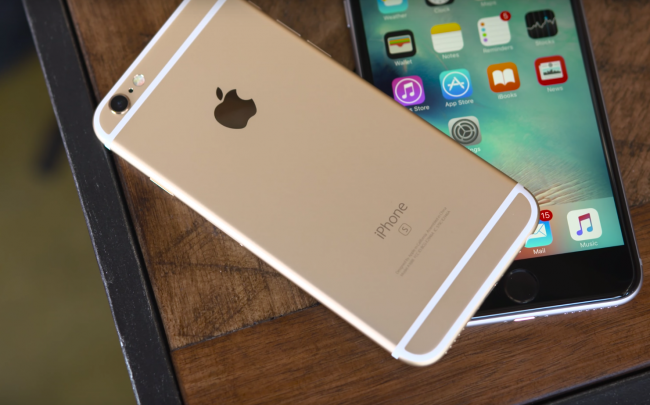 When it comes to overall smartphone market share in the U.S., Apple still trails Android by nearly 10%.But if we break out market share figures across individual Android OEMs, it’s clear that the iPhone still reigns supreme by a wide margin. What’s more, Samsung, while still the top purveyor of Android handsets, is slowly but surely losing market share to other Android handset manufacturers.

According to recent data compiled by comScore, the iPhone’s share of the U.S. smartphone market now checks in at 43.6%. Following not too closely behind is Samsung with a 27.6% share of the market. And pulling up the rear, we have LG and Motorola who have respective market shares of 9.4% and 4.8%.

Now there are a few things we can take away from this data. First, as far as individual smartphone models go, it’s clear that the iPhone is still the top-selling device by a wide margin. Indeed, even when we compare the iPhone to Android as a whole, the market share gap between the two competing platforms is just about 9%. By way of contrast, the market share gap between iPhone and Android was nearly 20% about 2.5 years ago.

Looking ahead, it stands to reason that this gap will steadily decrease in the months and years ahead. During Apple’s most recent earnings conference call, Tim Cook noted that 30% of all new iPhone purchases now come from Android switchers. Cook also added that the 30% figure is the highest rate of Android to iOS switching that the company has ever seen.

Another thing worth mentioning is that market share only tells one part of the story. At the core, pure market share figures are arguably meaningless as they tell us nothing about actual profits. To that end, Apple still commands more than 90% of all the profits in the smartphone market. Samsung, meanwhile, which certainly has a respectable share of the smartphone market, is seeing its mobile profits drop because it’s selling an ever-increasing number of low-margin devices.