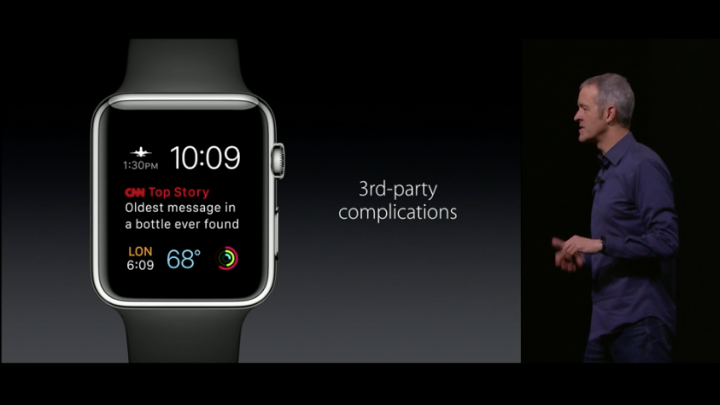 The clock has struck 10:00 a.m. in San Francisco and Apple’s huge September “Hey Siri” event is officially underway. Today’s show is shaping up to be Apple’s biggest event in years, with announcements spanning several different product categories all lumped into one giant press conference. The iPhone 6s and iPhone 6s Plus will take center stage, of course, but Apple fans have plenty more to look forward to today, including a completely new Apple TV and Apple’s biggest ever iPad, the iPad Pro.

How do people like the Apple Watch so far? According to Tim Cook, the Watch has a 97% satisfaction rate so far. As such, it makes sense that Apple would want to focus on it a bit to start off today’s event. The company noted that there are already 10,000 Watch apps in the App Store, and said that native apps will push things to the next level.

Examples of new apps coming to the watch include Facebook Messenger and an app that lets you control your GoPro camera from your wrist.

Beyond software, Apple announced a partnership with Hermes to bring a whole new range of bands to the Apple Watch. Bands will become available in select stores starting next month.

There will also be new bands that accompany the new colors, and the Stainless Apple Watch will get a few new bands as well.

Finally, there will be a whole new range of Sport bands in fall colors, and WatchOS 2 will be released on September 16th.