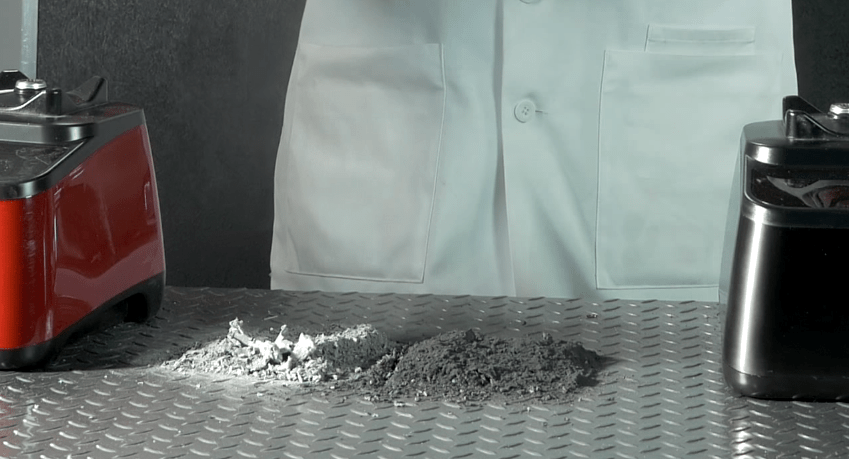 After an “unofficial” blend test for the iPhone 6 Plus that hit YouTube a few days ago, the official gadget blenders have finally performed their own such silly test, but with a twist, posting the resulting video also on YouTube. Blendtec took an iPhone 6 Plus and a 2013 Galaxy Note 3 to simultaneously test them in its regular blend test.

FROM EARLIER: Here’s what happens when you put a brand new iPhone 6 Plus in a blender

Unsurprisingly, both devices were completely destroyed during the test, as Blendtec blenders are apparently too strong for either the metal iPhone 6 Plus or the plastic Galaxy Note 3. The new iPhone did survive a bit longer than its rival, but ultimately the blender won.

So far, iPhone 6 models have been proven to be quite durable, surviving various drops and water tests in more regular torture tests, though some users are reporting an unexpected kind of accident: the metal phone can bend inside pockets.

Additionally, some people put the iPhone 6 through more complex ordeals, including dunking them in liquid nitrogen and hitting them with sledgehammers, or firing 50-caliber rifle rounds at them. Obviously, the iPhone 6 Plus did not survive such extreme tests.