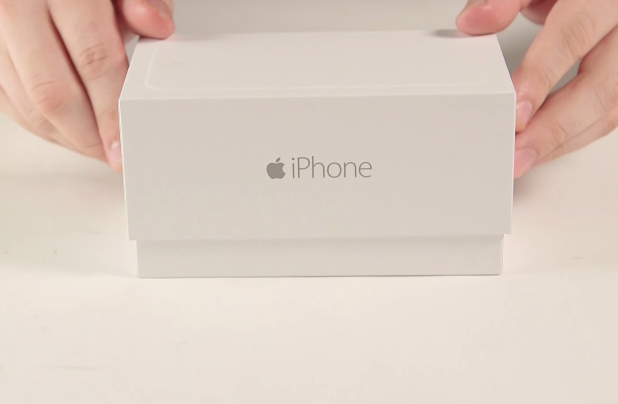 For many smartphone fans it’s iPhone 6 day today, whether they’re anxiously waiting for home deliveries of iPhone 6 and/or iPhone 6 Plus units, or whether they’re buying one in stores. However, before you open that precious iPhone 6 box, you should really watch these drop test videos, and see what happens when Apple’s 2014 iPhones touch the ground in such simulated accidents.

Jack Cooksey is one of the first Australians to have walked out of an Apple Store with a new iPhone 6 box in his hand, PerthNow reports, but during his interview with local media, Cooksey immediately dropped the device. The whole thing has been recorded both by a news crew, but also by other people lined up at the store.

“I dropped it in a panic to get it open,” Mr Cooksey said. “Luckily it’s covered in plastic, so it’s fine.” The crowed was relieved to see the device survived the impact.

While Cooksey’s iPhone survived the incident unscratched, a different Australian who happens to run an iPhone repair shop intentionally dropped his iPhone 6 Plus as soon as he purchased it from an Apple Store in Sydney. FixPod dropped the phablet right on its display, which shattered on the first drop.

Earlier this week, Re/code’s Walt Mossberg revealed he managed to break the display of its iPhone 6 review unit late during his review period in an accidental drop.

FixPod‘s findings are confirmed by PhoneBuff, which published a first extensive iPhone 6 and iPhone 6 Plus drop test video on YouTube. In tests, the iPhone 6 came out unharmed when being dropped on its metal back and on the side, but its screen did break when the handset landed screen-first on the concrete. The iPhone 6 Plus did even worse, as it only survived one drop (on the back), whereas the side and display drops were catastrophic for the handset. The devices remained functional despite the shocks.

However, a similar video posted by Android Authority has revealed that both devices are able to sustain significant shocks. The iPhone 6 and iPhone 6 Plus survived all three drop tests (similar to PhoneBuff’s) and both were fully functional at the end of each test, proving that shocks will not affect their internal components.

Even though the iPhone 6 and iPhone 6 Plus may survive a number of drops, you can expect some scratches on the metal shell in the best scenario, so protective cases may be in order.

Videos showing Cooksey’s iPhone drop are available at the source link, while the other three drop test videos from YouTube follow below.

UPDATE: A video of Cooksey’s lucky iPhone drop experience has also been uploaded to YouTube and has been added below.