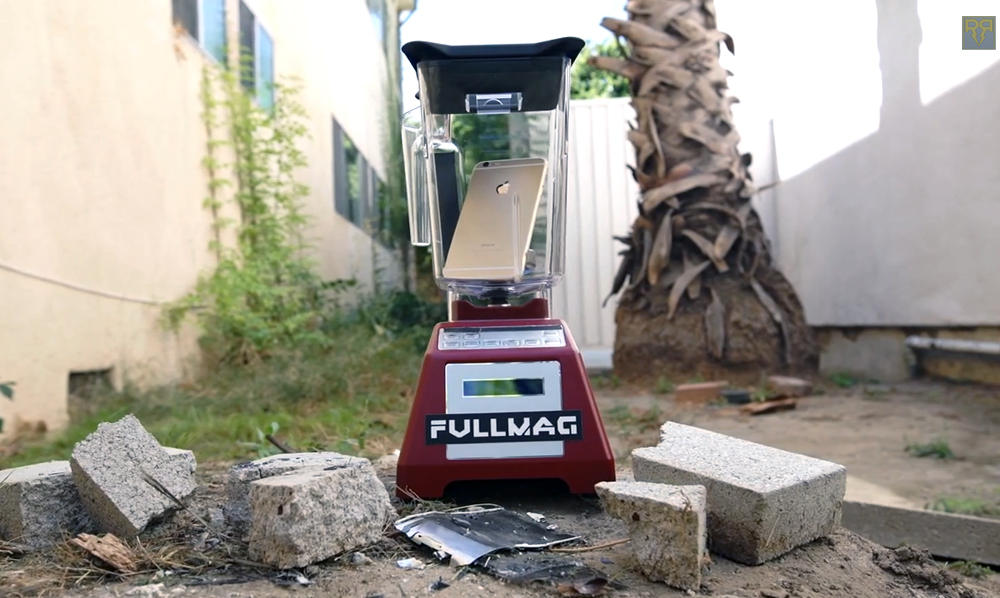 While millions of people around the world fighting their way through crowds in order to get their hands on one of Apple’s hotly anticipated new iPhones, the people behind YouTube channel Rated RR were among them — but for a rather unorthodox reason. Instead of buying a new iPhone 6 Plus to replace a current smartphone, they bought one so that they could immediately destroy it in the most savage fashion imaginable.

DON’T MISS: This is what it’s like to switch from the Galaxy Note 3 to the iPhone 6 Plus

In a video posted on Saturday, RatedRR put Apple’s new iPhone 6 Plus phablet through the most torturous test conceivable in search of the answer to a simple (and meaningless) question: When the “pros” blend new smartphones and then cut to a view of their pulverized remains, are they actually just blending them into dust or is there some handy editing being done in the process.

We can’t imagine caring about the answer to that question enough to toss a $750 smartphone into a blender, but apparently RatedRR was losing enough sleep over the issue that it had to test things out for itself.

So, what happens when the iPhone 6 Plus gets blended? Is it pulverized into a pile of dust or just it just get dinged and scratched?

Answers to those questions and more lie in RatedRR’s video, which is embedded below.