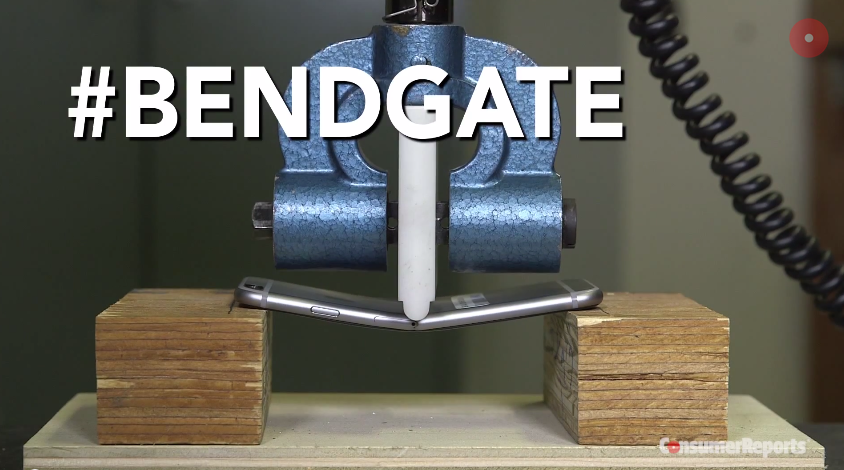 Well, this is awkward. Redditor arokrn has posted a picture of an in-store iPhone 6 display at a Dutch electronics retail outlet and it seems that the display was purposefully designed to bend in the most ironic way imaginable.

This wasn’t done specifically for the iPhone 6, mind you — we can see the display for the device next to the iPhone 6 has a similar bend. Nonetheless, this stylistic display choice is particularly hilarious given how it makes the iPhone 6 bend right about where the volume button is located — in case you don’t recall, the 6 Plus has been found to most commonly bend right under the bottom of the volume buttons.

And yes, Bendgate really does seem overblown at this point, especially since Apple has revealed that only nine people have complained about bent 6 Plus models so far and since Consumer Reports did the most rigorous bending test of the 6 Plus over the weekend and found that it was unlikely to bend as part of normal use.

That doesn’t make this display any less funny, however.