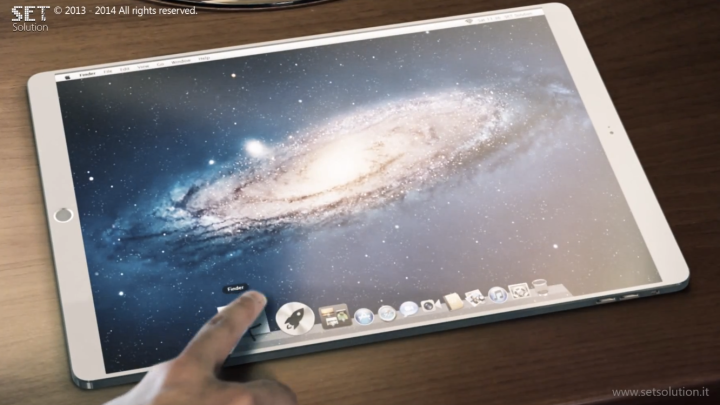 While many reports claim that Apple will launch a bigger 12.9-inch iPad model this year, also called “iPad Pro,” MacRumors reveals that KGI Securities analyst Ming-Chi Kuo wrote in a recent note to investors that Apple will refresh only its iPad Air line this year, with a new iPad Air model featuring an A8 processor and a Touch ID fingerprint sensor expected to arrive in late Q3 2014. The Retina iPad mini refresh will arrive only next year, alongside the bigger tablet that should launch early in 2015. Even if the iPad Pro does arrive late this year, it’ll hardly be available for purchase.

“Compared with lower-margin iPad mini with Retina display, which shipments has been tepid, higher-margin iPad Air was a hot selling item in 4Q13, which will slow Apple in developing new iPad mini models. We believe Apple plans to launch upgraded iPad Air early this year, and will accelerate development of 12.9” iPad.” Kuo wrote. “As such, more resources will be allocated to these two products, which will affect the progress of the development of new iPad mini. All told, we think chances of the debut of a new iPad mini in 2H14 are slim. In addition, the 12.9” iPad is unlikely to be offered in 2014. For these reasons, we predict the only new iPad product in 2H14 will be the upgraded iPad Air.”

Other analysts have recently wondered whether there’s an actual need for a bigger iPad tablet. According to Kuo, the bigger iPad will “act as a driver in allowing developers to create more interactive apps for a bigger screen.” However, Apple has apparently prioritized developing the iWatch OS first, with the smartwatch expected to be launched later this year.