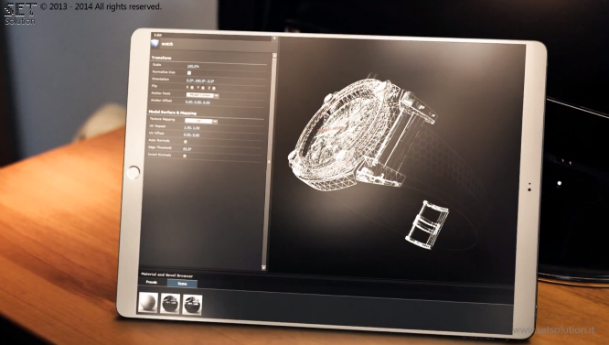 Even though there are many rumors detailing a 12.9-inch iPad model – often called the “iPad Pro” – not everybody believes in such a device from Apple including market research firm IHS, which told CNET that there is evidence the iPad maker is toying with the idea, but not enough to support an imminent launch.

“Some manufacturers over the last six months have received sample quantities of a larger panel. They’re playing around with a product that could possibly be an iPad-related product,” IHS director of tablet and monitor research Rhoda Alexander said. “Various sizes are being reported with 12.85 inches being one of the sizes.”

“We have not seen volume shipments yet of any panels,” the exec added. “We have to get a lot further down the line in terms of seeing really strong indicators from Apple that such a product exists, and we’re just not at that point.”

Alexander further told the publication that the first rumors that suggested a 12.9-inch tablet would be made for education purposes were unfounded, and they show “a lack of understanding about how that market works. Those products have to qualify over years. Most of the education market is still using the iPad 2.”

IHS is also unsure about whether the iPad Pro could turn into a hybrid table-laptop. “The usage model [for such a device] is not entirely clear at this point,” Alexander belives, saying that a full-fledged Office suite for iPad would help with the iPad Pro argument.

Meanwhile, Samsung’s first 12.2-inch Galaxy tablet is available for pre-order in the U.K., with three other “Pro” tablets to hit stores in the coming months.