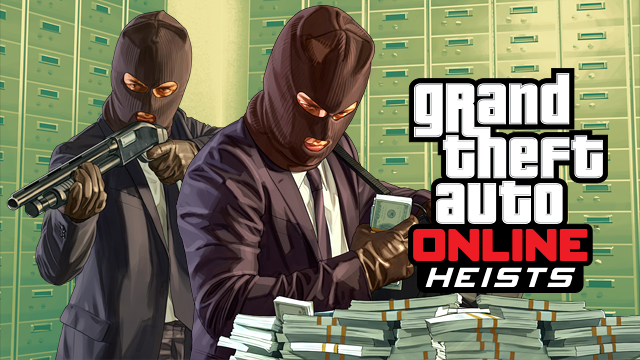 Over a year after launch, Online Heists have finally hit Grand Theft Auto 5. The update finally rolled out last night — nearly 5 gigabytes of anticipation that have been eluding GTA 5 players for months. We still haven’t had a chance to play through a heist ourselves, but the feedback has been universally positive from those who got an early look at the new mode.

If your console is set to receive updates automatically, you shouldn’t have to do anything but start the game in order to jump into Online Heists, but be sure to check for updates before you load up GTA 5.

When you’re ready to begin, you’ll have to gather three other players to join you and plan out your heist. Each heist will span multiple missions, so prepare for a significant time investment. Plus, someone has to pony up the dough to get the operation off the ground, but don’t worry — successful missions will pay out well for everyone involved.

Additionally, Rockstar Games has added new Adversary Modes to GTA Online, which unlock as you and your friends complete heists. There are also now daily objectives scattered throughout GTA Online as well as a host of new activities in Freemode. If you’ve been looking for a reason to jump back into GTA, here it is.

Come back to BGR soon for gameplay footage and impressions of the Online Heists and everything else added in the update.