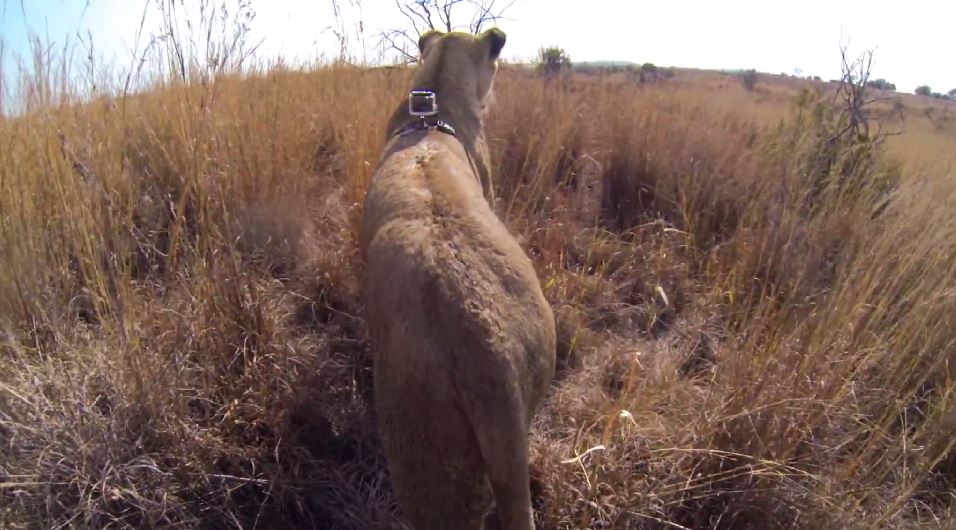 If you own a GoPro Hero 4, you could probably strap it on to anything and make a video worth watching. Lion conservationist Kevin Richardson is known around the world for his friendship with lions and hyenas, so it was only natural for him to go on a lethal hunt with his lion pals Meg and Amy.

In the incredible footage captured on a GoPro strapped to a lion’s back, Richardson follows along as Meg the lion hunts down a waterbuck in the wild plains of South Africa. It’s the type of footage you’d witness from a distance during nature documentaries, but not the kind you’d ever imagine seeing from a first-person perspective as a lion goes on a hunt with a human at its side.

Witness the incredible GoPro footage of Meg the lion going on a hunt below. Of note, the video isn’t graphic but it still might not be for the faint of heart.