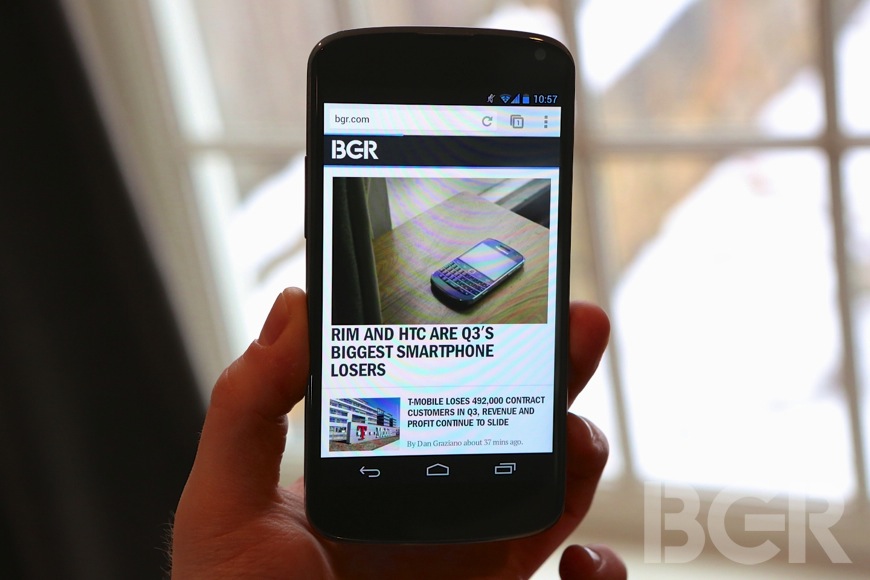 It’s taken a while, but sales of Google’s (GOOG) perpetually out-of-stock Nexus 4 smartphone may have finally passed the 1 million mark. AndroidGuys points us to some fresh data posted by xda-developers forum member draugaz, who has been estimating Nexus 4 sales by keeping track of the serial numbers on shipped devices. On Thursday evening, draugaz came across a Nexus 4 serial number suggesting that Google has now shipped over 1 million Nexus 4 devices, more than two-and-a-half times the 375,000 Nexus 4 units that had reportedly shipped by the start of January. Google and manufacturing partner LG (066570) had initially drastically underestimated demand for the Nexus 4, so the fact that shipments have increased so dramatically over the span of a month indicates that the two companies have ramped up their production and will be more prepared to meet orders for the device in the future.