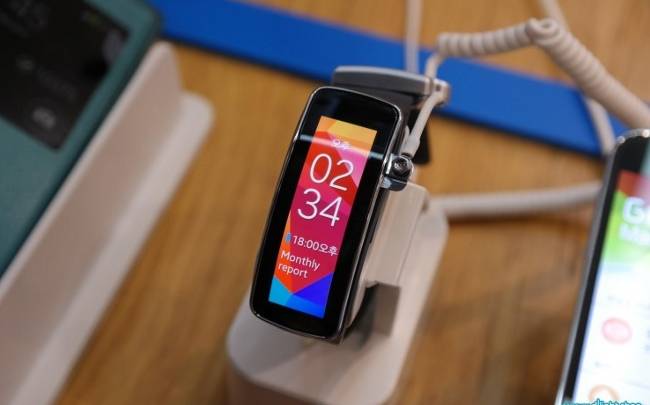 Samsung’s Gear Fit smart band is more popular than expected, with Samsung having already sold its initial Gear Fit batch. Korean publication MK News says that Samsung produced between 200,000 and 250,000 Gear Fit units, selling all of them in just 10 days. The company is apparently increasing production to meet the unexpected demand.

The Gear Fit was unveiled at MWC 2014, alongside two other new wearable devices including the Gear 2 and Gear 2 Neo smartwtches. All three devices were made available to customers in various international markets when the Galaxy S5 launched earlier this month. The Gear Fit costs $199, just like the Gear 2 Neo, while the Gear 2 is slightly more expensive at $299. However, the report doesn’t say whether the new Gear watches are similarly popular with the crowds.

The Gear Fit runs a custom operating system, and it’s basically a companion device that can connect to a smartphone in order to deliver certain smart features, including notifications and fitness tracking.

A recent report revealed that Gear Fit buyers should pay attention when handling the device, as repairs are difficult and costly, mainly because its 1.85-inch curved display is glued to the base.