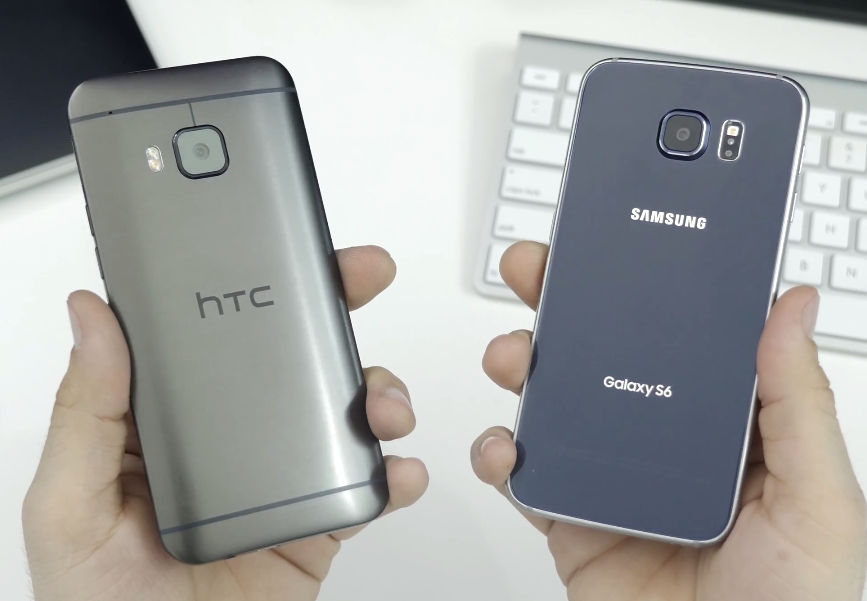 We’ve already rendered our verdicts on both the Galaxy S6 and the HTC One M9 but you should still definitely check out a terrific video put out by 9to5Google’s Dom Esposito that aims to be the “ultimate comparison” video for the world’s two newest flagship Android devices.

Esposito starts by running down both devices’ core specs such as display sizes and resolutions, processor types, batteries, etc. While he finds that the S6 has a slight edge in the specs department, overall both devices are more than serviceable to Android power users’ needs.

The bigger differences come on the software side, when he compares HTC’s Sense overlay with Samsung’s revamped TouchWiz overlay. The good news is he says Samsung has “slightly toned down” TouchWiz, which “runs like a champ” on the Galaxy S6. Sense, meanwhile, gets praised as “a smooth Android skin with a lot of personalization options this time around.”

When it comes to cameras, Esposito found that it was harder to take good pictures with the One M9 thanks to some issues with exposure and focusing. In the sample pictures he posts in his video, we can clearly see the S6’s pictures are consistently stronger and have more vibrant colors than the One M9’s.