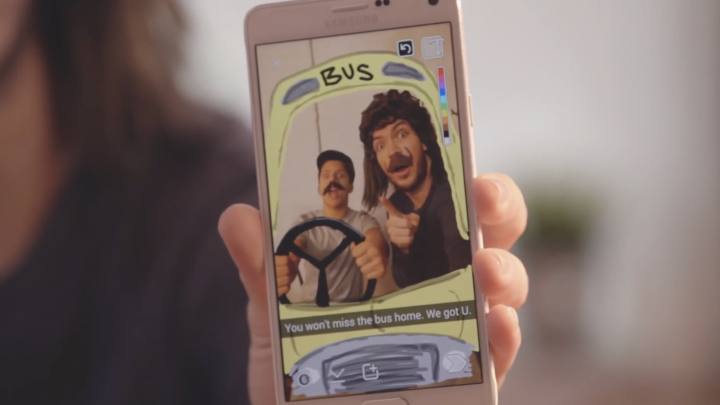 Samsung’s marketing department has initiated about half a dozen campaigns for the Galaxy Note 4 since its launch, some more successful than others, but the #NoteMyDay videos might be the most clever the company has published so far. Partnering with two of the biggest names in social media, Samsung’s latest ad campaign might just turn your frown upside down.

Rudy Mancuso, one of Vine’s brightest (and funniest) stars and Shaun McBride, a Snapchat celebrity, teamed up with Samsung for a Twitter takeover, during which other Twitter users could send in their complaint using the hashtag #NoteMyDay. Mancuso and McBride then had to figure out how to cheer people up using some props, their creativity and, of course, the Galaxy Note 4.

Samsung is doing everything in its power to attract smartphone customers to the Galaxy Note 4. The company’s latest flagship isn’t exactly floundering, but it’s not breaking any records either. Samsung is attempting to combat this with improved specs, new colors and a flood of advertising.

Check out the three latest #NoteMyDay ads below and click the source link for even more videos from Samsung.