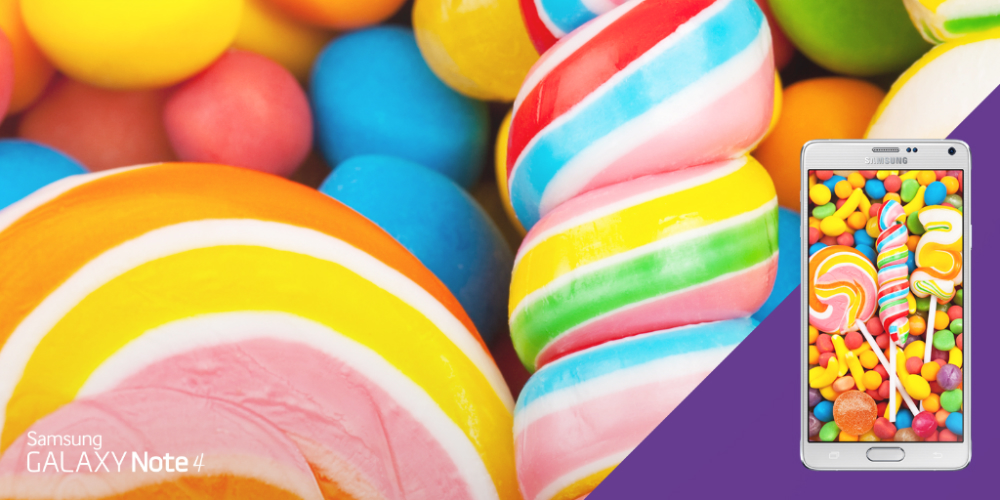 Motorola, HTC and Sony have already mentioned plans to upgrade some devices to Android 5.0 Lollipop, but Samsung, which doesn’t have a great track record when it comes to providing timely Android updates to its devices, has yet to say anything on the matter. However, in a new post on Twitter promoting the Galaxy Note 4 phablet, the company seems to be hinting at a future Lollipop update for the device.

FROM EARLIER: This is Android 5.0 Lollipop’s most important new security feature

“Anyway you look at it, the #GALAXYNote4 Quad HD Super AMOLED display is pretty sweet,” Samsung wrote, posting an image of the phablet with lollipops displayed on the screen (image above).

The Galaxy Note 4 and Galaxy S5, Samsung’s 2014 flagship handsets, are likely to be the first ones to receive the Lollipop update, although Samsung is yet to make anything official.

Online publication SamMobile points out that the Galaxy Note 4 Lollipop update may arrive in late November or early December, which would indeed be pretty quick, considering that Nexus devices will be updated to Android 5.0 in November.