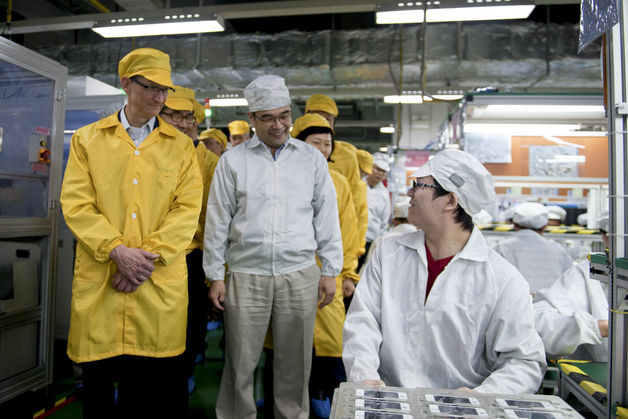 We’re getting close to Apple’s next-generation iPhone 5S launch this fall and that means manufacturer Foxconn is going on a major hiring binge to fill Apple’s orders. Unnamed sources tell Focus Taiwan that Foxconn is hiring 90,000 new workers at its Shenzhen production facility to help the company fill “massive orders from Apple” that will include the iPhone 5S and the new budget iPhone. The iPhone 5S will reportedly feature an upgraded version of the A6 processor, improved graphics, 2GB of RAM and a 12-megapixel camera with a dual-LED flash while the budget iPhone has been rumored to feature a 4-inch display, a less powerful processor, 1GB of RAM and a plastic case that comes in multiple colors.