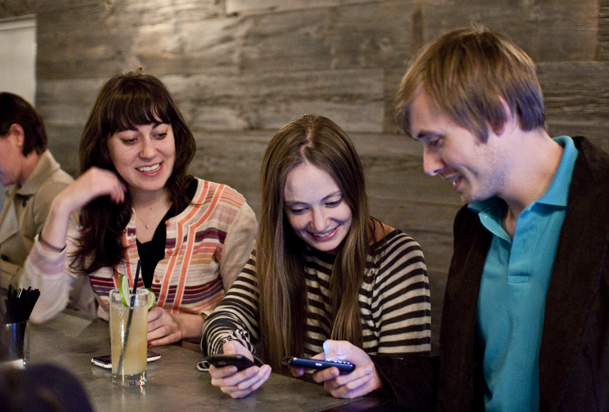 A couple of years ago, Foursquare was widely viewed to be in the vanguard of smartphone apps. Check in at the Four Seasons Shanghai and post it on Twitter, compete with your friends to become the mayor of your local Irish pub, and so on. What could be more hip? Well… pretty much anything, including virtual beauty shops for fantasy creatures. A new expose by Bloomberg Businessweek drops a major bomb about how incredibly weak Foursquare’s revenue base is — only $2 million in sales in 2012. Betabeat notes that despite its high media profile, Foursquare had only 8 million active monthly users at the end of 2012. In a fascinating turn of events, Foursquare was still able to tap into $41 million in new loans and convertible debt this just month.

To put these numbers in context: Supercell, the current top mobile app vendor in the world, grosses $2 million in 48 hours. This means that just two simulation games, Clash of Clans and Hay Day, generate as much revenue over two days as Foursquare does in 365 days. The mobile app download champion, Rovio, has 33 times more active monthly users than Foursquare.

Toca Hair Salon, a wacky Swedish app about giving interesting hairdos to trolls and fairies is a bigger business than Foursquare.

Foursquare does have valuable data on consumer behavior and it could well be able to channel much of it into aiding location-based advertising. But it’s hard to avoid the notion that Foursquare’s appeal to consumers has been massively overestimated. Smartphone users simply spend far more time on games than Foursquare-type second-tier social media apps.

Facebook and Twitter have become the backbone of smartphone usage, but other non-game apps are having a hell of a time gaining any substantial revenue traction or even substantial monthly engagement.