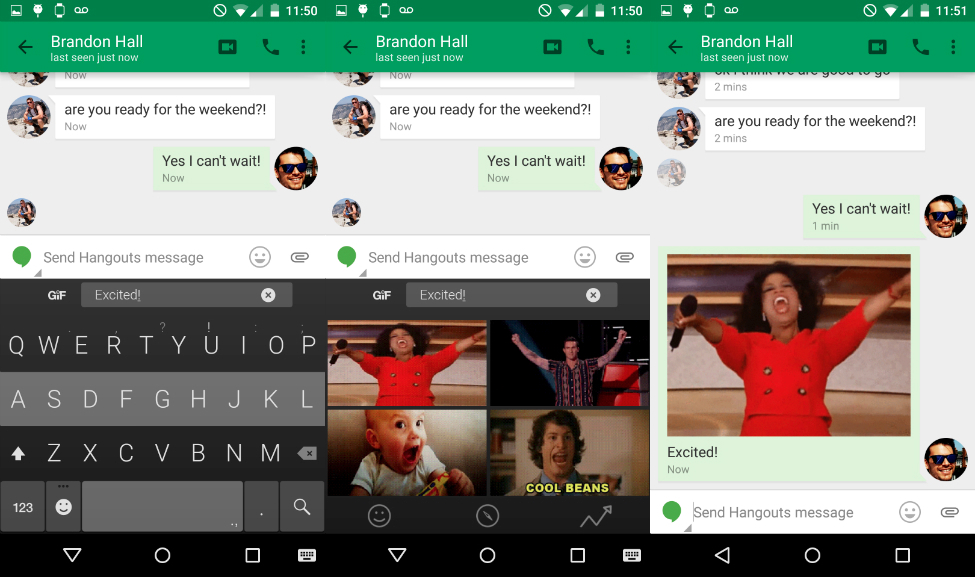 After bringing GIF integration to iPhone a few days ago and making its keyboard app free on iOS for the first time ever, Fleksy on Thursday announced a major update for Android that delivers the same features. Not only will Android fans get to include GIF Keyboard animations in their messages when using Fleksy, but the app is also available as a free download for one week.

The company also announced that the Fleksy app includes support for three other languages, including Korean, Hindi and Indonesian, and that the app has received a Google Play Editor’s Choice award.

In a few hours after adding GIF support to the iOS app, Fleksy received more than 200,000 downloads, with users sending more than 5 million GIFs, the company told BGR in an interview.

Meanwhile, Android fans can grab the Fleksy update, or download the app free of charge in case they don’t have it installed yet, by following this link.

GIF Keyboard will now come pre-configured, making Fleksy the only major keyboard to combine typing, GIFs and emoji all in one convenient place. The integration brings GIF Keyboard’s millions of GIFs and exclusive content partnerships to the world’s fastest virtual keyboard.

The partnership, first of its kind on Android, makes it easier than ever to send GIFs instantly, right from within the main keyboard; allowing users to easily share highly expressive content. Fleksy now has all of the popular GIF Keyboard features, including searching, browsing by categories, and discovering trending GIFs.

Fleksy recently announced numerous partnerships and is projecting 1000% YoY growth for 2015, from a base of millions of users already.  As of today, the popular virtual keyboard is the newest winner of Google Play’s prestigious Editor’s Choice Award. Editor’s Choice, given by the Google Play team, recognizes Fleksy as one of the best Android apps of all time.

Continuing its accelerated expansion, Fleksy brings its technology to an entirely new demographic by launching some of the most requested languages: Korean, Hindi, and Indonesian.

Riffsy, a launch partner for Facebook’s Messenger Platform, currently attracts over 1.5 billion monthly GIF and video views, and the majority of the user base uses the keyboard more than 10 times per day.
You can now download Fleksy here for free until 05/07/2015!

Riffsy is the mobile video company behind GIF Keyboard for iPhone, an app that allows users to text, iMessage, Tweet and email millions of animated GIFs and video right from their keyboard.  Its latest product, GIF for Messenger, is an app that lets you communicate with GIFs and video on Facebook’s Messenger. Riffsy was founded in 2014 and is backed by Redpoint Ventures, Initial Capital, and John Riccitiello.