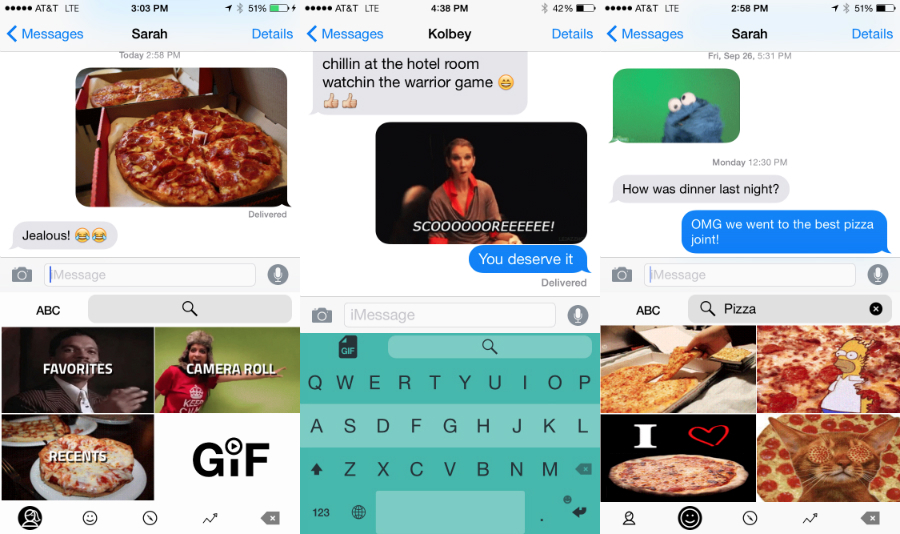 Fleksy is already a well-known name to any smartphone user interested in alternatives to the default keyboard app on iOS and Android. The keyboard also happens to hold a Guinness World Record for being the fastest keyboard in the world. In case you’re still not familiar with it and happen to own an iOS device, you should consider grabbing it right away, as Fleksy is now available as a free download for the first time ever.

The company is celebrating a new partnership with this special offer, which brings users a new GIF Keyboard experience. Fleksy has inked an exclusive deal with Riffsy to become “the first major keyboard company to fully integrate GIFs” in its app.

The app will offer users quick access to Riffsy’s GIF Keyboard, which brings users plenty of GIFs to share with their friends. GIF Keyboard includes millions of GIFs and exclusive content partnerships with major TV networks and movies studios, Fleksy said in a press release.

The Fleksy app will be available free of charge in the App Store for a week, beginning on Tuesday.

The ultimate keyboard: Fleksy teams up with Riffsy to bring the GIF Keyboard experience to the Fleksy app

The exclusive partnership with Riffsy will make Fleksy the first major keyboard company to fully integrate GIFs, and to celebrate, Fleksy will be free to download for one week

GIF Keyboard will now come pre-configured, making Fleksy the only major keyboard combining typing, GIFs and emoji all in one place. The integration brings GIF Keyboard’s millions of GIFs and exclusive content partnerships with major TV networks and movie studios.

Fleksy will have all of the popular features that millions of GIF Keyboard users have come to love, including searching, browsing by categories, and discovering trending GIFs, alongside Fleksy’s award winning keyboard that’s the fastest in the world.

The partnership makes it easier than ever before to share highly expressive content across iMessage, SMS, Twitter, email and Facebook. Users will be able to send GIFs instantly, right from within their main keyboard. All this is made possible thanks to the new features of iOS 8 and the great GIF support that the Apple platform has offered..

The two companies have seen explosive growth this year. Fleksy recently announced numerous partnerships and is projecting 1000% YoY growth for 2015, from a base of millions of users already.

Riffsy is the leading source for mobile video GIFs, the most vivid and succinct means of communication, and its GIF Keyboard attracts over 1.5 billion monthly GIF and video views. It was a launch partner for Facebook’s Messenger Platform last month and extended the GIF Keyboard experience to GIF for Messenger. Millions use GIF Keyboard, and the majority of the user base uses the keyboard more than 10 times per day.

To celebrate this partnership, users can now download Fleksy in the App Store for free over the next week. This is the first time ever that Fleksy has run a free promotion. Download the app here.

Riffsy is the mobile video company behind GIF Keyboard for iPhone, an app that allows users to text, iMessage, Tweet and email millions of animated GIFs, video and GIF Stories right from their keyboard. Its latest product, GIF for Messenger, is an app that lets you communicate with GIFs, video and GIF Stories on Facebook’s Messenger. Riffsy was founded in 2014 and is backed by Redpoint Ventures, Initial Capital, and John Riccitiello.