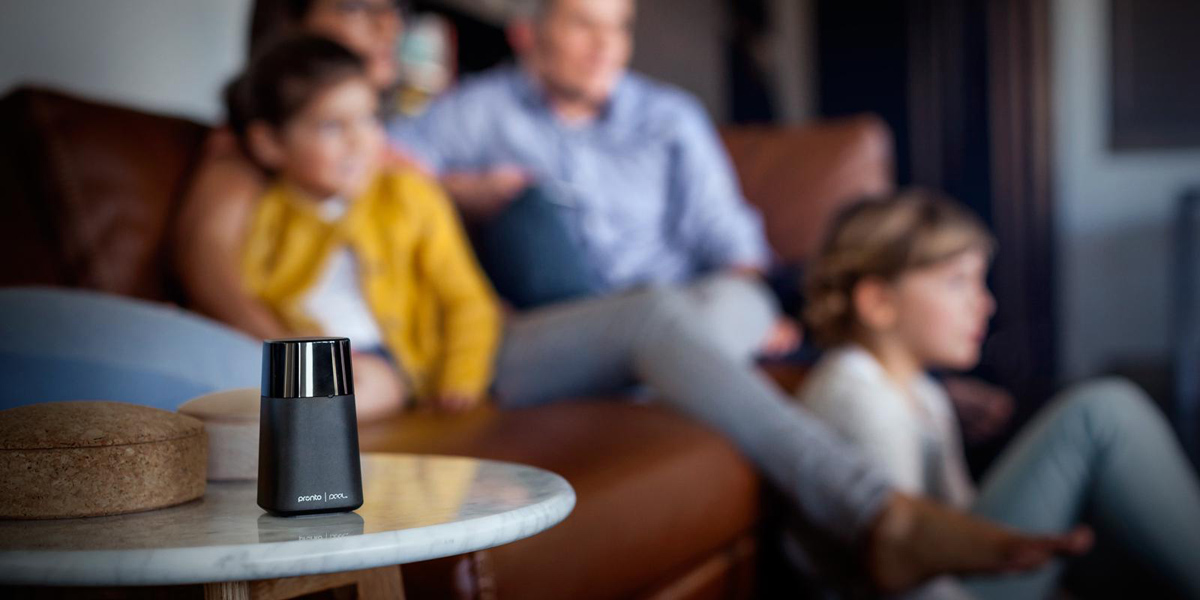 Apple’s latest iPhone 6 is a fantastic device that is packed full of technology. I carry one as my main phone for personal use and for work, and I have precious few complaints when it comes to functionality that the phone lacks. After all, Apple can only stuff so much into that remarkably slender 6.9 millimeter-thick case.

There are a few things rival smartphones can do that I wish my iPhone could manage as well, though. But as of today, that list has one fewer line item.

True story: many years ago, I was beta testing a nifty new universal remote app on my Nokia N95 when something occurred to me. Why should universal remote capabilities only be supported on the few phones out there with infrared blasters?

Every smartphone at the time included a Bluetooth radio, so I envisioned a small contraption that would sit on your coffee table and connect to your phone via Bluetooth. It would include a 360-degree infrared transmitter and an accompanying app that would let you store as many remotes as you want in order to control everything in any given room.

I did some research on patents and I began to dig into what it would take to design and build such a device. I even met with a potential manufacturing partner based in China. In the end though, I decided that the risks outweighed the reward for me personally, and I decided to dump the project.

Fast forward to 2015, and a device far better than anything I imagined is sitting on my coffee table as I type this.

The Pronto stands at just 3.5 inches tall, with a sleek and simple design that won’t look out of place in most rooms. It doesn’t appear particularly techie or geeky, but it also doesn’t have to sit out on your coffee table; any bookshelf with a line of sight to the devices you want to control is perfect.

So what does it do? Using the terrific Peel app — which I have discussed several times in the past — as an interface, the Pronto acts as a universal remote extension for the iPhone. The phone connects via Bluetooth and then any commands served in the app are delivered by the Pronto.

Pairing the Pronto with the Peel app takes mere seconds and I have yet to experience any connectivity issues, nor have I needed to re-pair my phone. This is a welcome change; while I love the Peel app, I’ve had to configure it to control my set-top TV box (which can be controlled over Wi-Fi) four different times now because the app keeps losing the configuration.

Since the Pronto is stationary, your phone also doesn’t need line of sight. This way, you can control your TV, set-top box, air conditioner or anything else that uses infrared without budging.

The Pronto is not a new device — in fact, it was a part of the “Smart Home” category before the Smart Home category had a label. But if you haven’t checked out this nifty little gadget in the past, you definitely should.

The Pronto universal iPhone remote costs $49.99 from Best Buy and from Newegg.