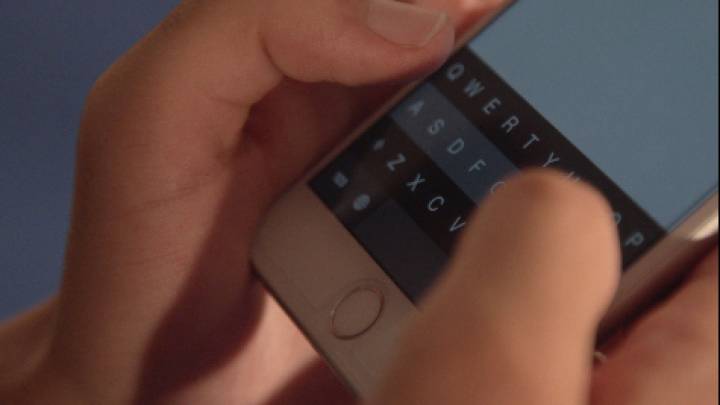 The one smartphone feature we take for granted every day, one that has evolved into an app category of its own, is the virtual keyboard. There are various custom keyboard apps listed in app stores waiting to offer smartphone users a better experience than default options. In fact, many of them extend across platforms, bringing the same features to users no matter what devices they own. The better and smaller these gadgets get over time though, the better the virtual keyboards must get as well.

At least, that’s what Fleksy’s Ashley Eleftheriou assured me in a virtual sit down over the weekend about the past and future of the virtual keyboard app.

It turns out that using virtual keyboards — whether they’re the default ones on iOS or Android, or custom keyboards like Fleksy and its rivals — is something we’re all pros at. Whether we realize it or not, we use the keyboard on a phone for nearly everything we do. According to data tracked by Fleksy, we spend some 90 minutes each day with the keyboard on-screen, and use the keyboard no less than 180 times a day.

That’s really an amazing detail about smartphone use.

“Today, a lot of the interactions and tasks you want to do on the phone mean that you have to switch between several different apps,” Eleftheriou said. “For example, you want to arrange a dinner with a friend. You text them to ask if they’re available next week, you propose Italian, friend agrees, you switch over to Yelp where you have to type yet again what you want, go back to messaging to propose the restaurant, jump over to OpenTable to book a reservation (re-enter the information again!), and back over to your friend to confirm.”

“Phew. That’s exhausting! This may be why the majority of smartphone users use their keyboard less and less as the week progresses, with a dramatic spike once the weekend hits. This is likely because the tasks to accomplish are cumbersome, and nobody has time to do all of this app switching throughout the week,” she added.

However, it’s clear that for anything you want to do on a smart device, whether it’s a desktop computer or tiny smartwatch, a keyboard will be needed. In fact, we actually used a combination of virtual and real keyboards for this interview across devices, further supporting the notion that you can’t go keyboard-less just yet.

So if the virtual keyboard is here to stay, what key features must it offer? Auto-correct and word prediction are the first features that come to mind, and many apps, including Fleksy, have had them for years. But that’s hardly the limit for keyboard apps, each looking to lure customers in with more exciting additions.

Fleksy last week announced a partnership with GIF Keyboard, making the app free of charge on iPhone for a limited time. In just a few hours following the announcement, the app received more than 200,000 downloads, with more than 5 million GIFs being passed around among users who installed the app on their iPhones and iPads.

GIF integration is just the last feature to be added to the app, which introduced a variety of new features in the last few years, including support for iOS 8 and smartwatches, support for many additional languages, support for emoji and badges, customizable themes, and extensions including Yahoo Search. And it turns out that many smartphone users love customizing their keyboards, about half of them, according to the company’s data.

For many others, virtual keyboards might be intimidating, but Fleksy believes it’s on the right track in its efforts to offer a better experience and further improve its virtual keyboard in the future.

“Imagine a personal assistant that lives inside your keyboard,” Eleftheriou told me. “It’s like Siri, only you don’t even have to ask. The hypothetical conversation with your friend and all the tasks that need to be accomplished suddenly feel much easier. All the tasks mentioned above should be in one place, and that place is the keyboard. Your calendar app will auto-populate your availability, yelp will auto-recommend restaurants based on the conversations between you and your friend, and OpenTable will auto-book as soon as the restaurant and time are confirmed. All of that can happen within the app you are in – any app.”

The virtual keyboard may offer the relevant information at the moment you want it, by simply assessing your current needs from the way you’re interacting with the smartphone at that moment in time. Of course, you’ll need to grant it permission to access your data in order for features like this to work.

“The intention is not to add bells and whistles and make for a crammed and bloated experience,” the exec added “Instead, it’s to add smartness in a non-obtrusive way. Fleksy wants to dramatically improve your flow of common actions; such as arranging a night out with friends, traffic alerts before you get on the road, displaying showtimes when you type you want to see a movie. All this without leaving the message, or whichever app you’re in.”

Fleksy has come a long way since being included in Apple’s list of best apps for 2012, when it had just 100,000 users. More than 5 million people currently use it across devices right now, including Android, iOS and smartwatches, with the app holding a Guinness World Record for the world’s fastest keyboard.

What’s coming next to Fleksy? Is a in-keyboard assistant going to be available to Fleksy users soon to take on the next-gen Siri, Cortana and Google Now? Eleftheriou would not make any specific promises, so we’ll just have to wait for future updates. But she did say that the company is “constantly working to make the keyboard more useful and cover more everyday use cases.”

What is clear, however, is that we’ll definitely continue to rely on virtual keyboards for the foreseeable future.