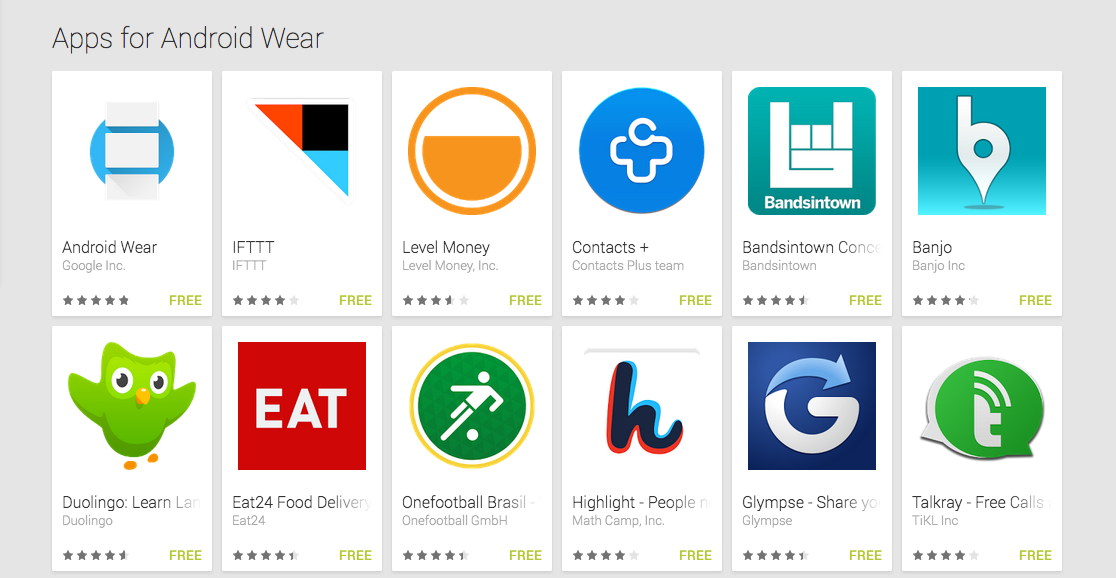 Now that the first Android Wear devices are finally out in the wild, early adopters will be on the hunt for compatible apps to use with the G Watch and the Gear Live. Google began the rollout by launching the Android Wear setup app on Wednesday, allowing users to quickly pair their new wearables with their smartphones, control voice action preferences and adjust notification settings.

Now an entire Android Wear collection has appeared on the Google Play store — 24 apps that are compatible with the new devices, including Google Maps and Google Hangouts. The number of apps will grow rapidly as developers have more time with the SDK in the coming weeks, but the initial selection should satisfy early adopters and Google I/O attendees as they become acquainted with their smartwatches.

If you have access to an Android Wear device, be sure to let us know how these apps are working for you in the comments below.

The complete list of Android Wear apps (linked to their pages on Google Play) is as follows: