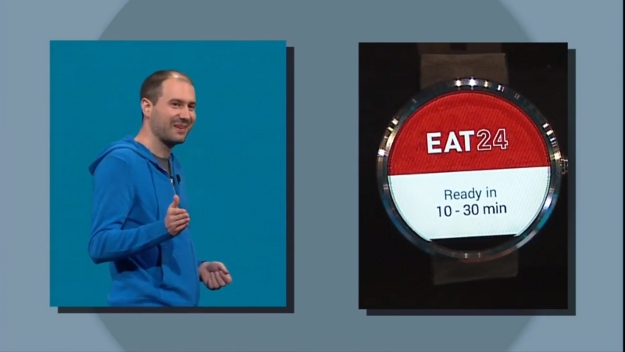 As Google confirmed during the keynote at Google I/O last week, Android Wear devices will be much more than expensive digital watches. Although receiving notifications might be the most useful functionality of a G Watch or a Gear Live, you’ll be able to download native apps to your smartwatch as well. In fact, 9to5Google has noted that the very first standalone apps for Android Wear have already begun appearing on the Google Play store.

These aren’t quite indicative of what Android Wear is capable of, but designer Marian Zorrilla has thrown together two simplistic apps which can be downloaded on any Android Wear device with a square display. The first app, Wear Calc, is a simplistic calculator app which only runs on Android Wear.

The second, Wear Compass, is exactly what it sounds like. It’s worth noting that Android Wear already has a built-in compass, so there’s really no reason to download this unless you want to have something else to scroll to on your display.

Both apps are theoretically voice-activated, but one reviewer notes that the watch occasionally interprets “open Wear Calc” as “Where Calc,” which is an interesting predicament for developers who are considering names for their Wear apps.

Many developers are just now getting their hands on the Wear SDK, so expect far more robust apps, like the ones we saw during the keynote, in the coming weeks and months.