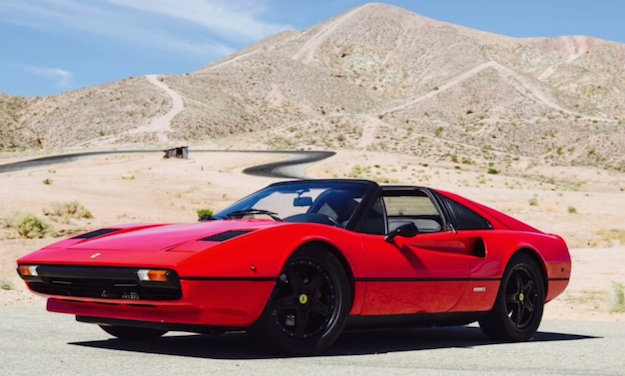 Despite the increasing popularity of Tesla, and despite the fact that even luxury automakers like BMW and Porsche have warmed up to the idea of EVs, Ferrari remains principally opposed to the idea. Not too long ago, Ferrari Chairman Sergio Marchionne said that the idea of developing a Ferrari without a standard internal combustion engine would be “an almost obscene concept” and something Ferrari would never even contemplate.

Thankfully, a company called Electric GT not only contemplated the idea, but actually put together an all-electric Ferrari. The team at Electric GT managed to find a 1978 Ferrari 308 GTS that was burned in a fire and was destined for the scrapyard, the car seemingly burned beyond repair. Seizing the opportunity, Electric GT rescued the car and swiftly got to work.

DON’T MISS: We finally learned about a new app Apple plans to introduce in iOS 10

“As fate would have it,” the company notes, “the 308 GTS’ tube frame,racing inspired core design and construction is ideal to handle the seriously increased power and torque of the electric drive conversion.”

With the Ferrari’s original V8 engine tossed aside, the team outfitted the Ferrari with three electric motors that, according to Jalopnik, “are said to make a combined 330 lb-ft of torque, 275 electric horsepower, and 415 ‘gas equivalent horsepower.'”

Sending juice to those three motors are 48 lithium ion battery cells at 180 amp-hours each, combining for 28.5 kWh of capacity and 158 volts. Based on these numbers, the cells are most likely 3.3 volts and wired in series.

Those batteries can get the 3,350-pound car (100 pounds heavier than stock) about 80 to 100 miles before required a recharge. That’s not a lot of range, but it’s plenty of distance to have loads of fun, especially considering that the company decided not to go with a simple gear reduction, instead opting for a “Porsche G50 5 speed gearbox in a flipped mid­ engine orientation to reliably deliver the electric Ferrari’s increased torque.”

But enough talk, here’s a video of the world’s quietest Ferrari.