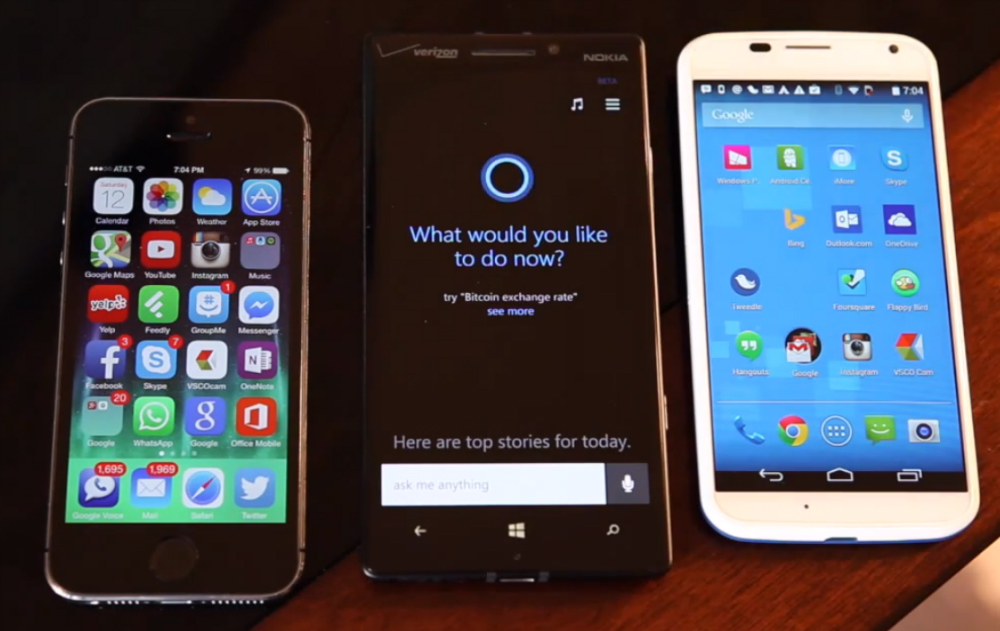 One of the main features of Windows Phone 8.1 is Microsoft’s voice-based virtual assistant called Cortana. While Microsoft has extensively demoed Cortana on stage during its Build 2014 opening event and in many videos it posted on YouTube, now that Windows Phone 8.1 is available the assistant can be tested in real life situations. That’s exactly what WPCentral did, comparing Cortana to its rivals from Apple and Google.

For the purpose of this test, the publication used a Nokia Lumia Icon with Windows 8.1, the iPhone 5S and the Moto X running Android 4.4. WPCentral asked all three assistants the same questions, comparing how and whether they deliver the expected results. From making calls, to navigating to Dunking Donuts and to checking in with Foursquare, WPCentral asked Cortana, Siri and Google Now several questions with each assistant performing well.

While each voice-based software solution delivers different results during the tests, the key takeaway here seems to be that Cortana can immediately go to war against Siri and Google Now. Microsoft appears to have done a great job with Cortana, even though the feature will be available in a beta version at first.

The full 7-minute video showing the Cortana vs Siri vs Google Now comparison follows below.