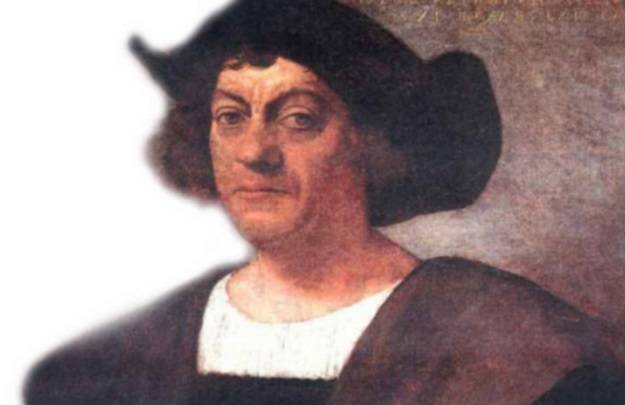 Every year, children across the country are taught about the great adventurer that was Christopher Columbus. Famously sailing the ocean blue in 1492, millions of grade-school students in the U.S. were and are still taught to believe that Columbus was a great man who discovered America against all odds.

Only thing is, the true history surrounding who Columbus was and the events surrounding his “discovery” of America quickly reveals that he is hardly a man worth celebrating. Quite the contrary, there is an avalanche of evidence pointing to Columbus being an absolutely deplorable human being not worthy of his own holiday, and certainly not worthy of anyone’s admiration.

Highlighting this, the ever talented Matthew Inman of The Oatmeal put together a handy graphic detailing all of the myths surrounding Columbus while simultaneously addressing why he was far from a great man.

For instance, when Columbus returned to the “New World” after stumbling across the Bahamas, he didn’t exactly play nice with the native Lucayans.

So, Columbus returned to the New World — this time armed to the teeth. Upon his arrival, he demanded that the Lucayan people give his men food and gold, and allow them to have sex with their women.

When the Lucayans refused, Columbus responded by ordering that their ears and noses be cut off, so that the now disfigured offenders could return to their villages and serve as a warning to others.

And if that weren’t bad enough, get a load of how Columbus rewarded his men way back in 1500:

Columbus began rewarding his lieutenants with sex slaves — particularly young girls who had been forced into sexual slavery. In a letter to a friend, Columbus remarked upon how girls between the ages of nine and ten could be used as currency.

“A hundred castellanoes are as easily obtained for a woman as for a farm, and it is very general and there are plenty of dealers who go about looking for girls; those from nine to ten are now in demand.”

Perhaps not surprisingly, some cities, like Seattle for example, have recently started swapping out Columbus Day for Indigenous People’s Day.

So why is Columbus Day a bunch of BS? Well aside from the fact that Columbus himself was far from a saint, the very purpose of the holiday in the first place has now run its course.

The Guardian sums things up nicely:

One of the original purposes of Columbus Day was to celebrate America’s longevity. There had been local commemorations of the holiday throughout the 19th century, but the first big push for national recognition of Columbus came in 1892, the 400th anniversary of his first voyage. America – its Civil War behind it and a bright future ahead – wanted recognition that the country was four centuries old, even if Columbus himself had never set foot on soil of what would become the United States.

Today, we have no such identity crisis and don’t need this holiday to remind us of our origins. Not only do we have Thanksgiving, which marks the beginning of the first great wave of European immigration, we also have Independence Day, which recognizes the country’s political origins, as does, to a lesser extent, President’s Day. Columbus Day’s sentiments are superfluous.

Make sure to hit the source link below for the full Oatmeal rundown of why Columbus isn’t exactly the historical hero you may have learned about in school.